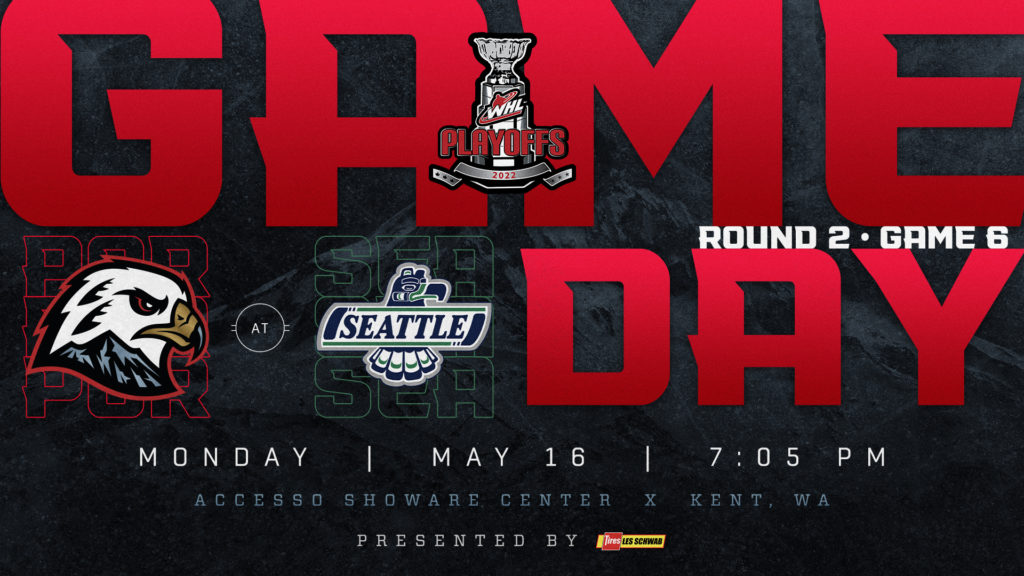 The Winterhawks get another chance to close out the Thunderbirds in Game 6 in Kent.

The Series So Far: Portland leads 3-2

Saturday’s Game 5 was a missed opportunity for Portland, with Seattle striking in the third period to keep its season alive and prevent the Winterhawks from picking up the series win on home ice. A bounce here, a bounce there, and now we have a crucial Game 6.

But even after another tough result at home, the Winterhawks remain steadfast in their systems, knowing that habits and consistency will win games more often than not.

“All around, we’re very confident with our play, things just didn’t bounce our way. Now it’s just focusing on making things happen next game…whether it’s on the PK, on the power play or even strength, with our confidence, we know things will go our way – we’ve just got to stick to our game plan and eventually it’ll happen for us,” said Robbie Fromm-Delorme.

With two wins in Kent under their belt already this series, expect a determined Winterhawks club this evening.

In the Winterhawks’ Game 4 road victory, they capitalized on early opportunities and spent almost the entire game playing from in front. Every other game has been a different story, with Seattle first on the board in each contest. Portland’s talent allowed the team to overcome early deficits in the first two games of the series, but the Hawks were clearly more comfortable with the lead in Game 4. Scoring first isn’t a guarantee of victory, but you can bet Mike Johnston’s club will be keying in on getting the first goal of Game 6, particularly on the road.