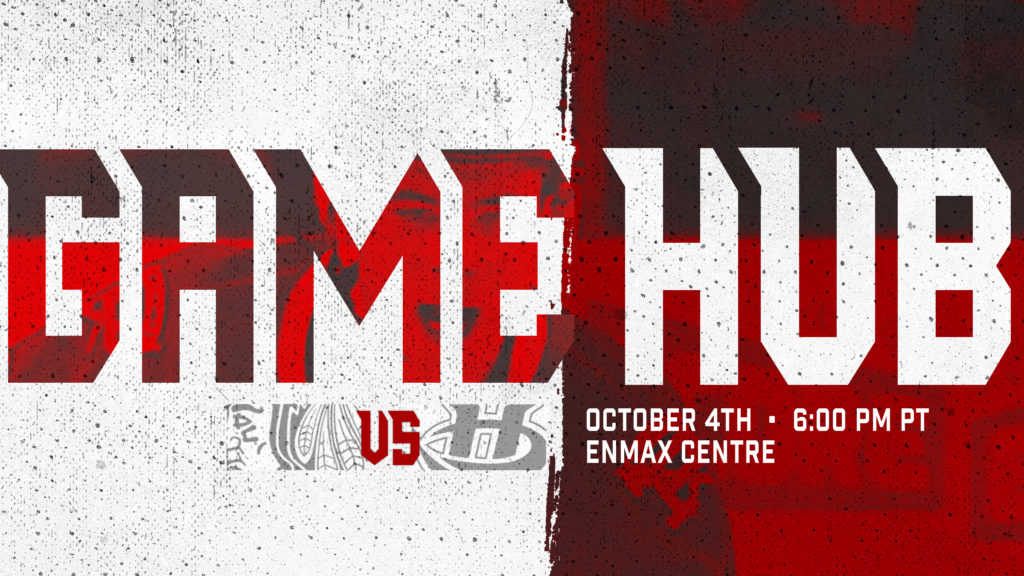 The Portland Winterhawks (3-0-0-0) are the WHL’s lone unbeaten team and they face-off against the Lethbridge Hurricanes (2-2-0-1) tonight in the first of six games against the Central Division.

The Winterhawks begin their Central Division swing in Lethbridge, Alberta where they play their first of two weekend games before traveling to Calgary on Sunday.

Last season, Portland won the lone meeting against the Hurricanes in a 3-0 final at Veteran’s Memorial Coliseum, with two of those goals coming from alternate captain Jake Gricius. Joel Hofer stopped all 37 shots in the January win. The Hawks are 4-0-1-1 head-to-head against Lethbridge over the last six years.

The Winterhawks have a +8 goal differential, which is good for third best in the Western Hockey League entering October play. Offensively, Portland has been getting it done by committee as eight players are averaging a point-per-game. The Hawks have also found production from their rookie skaters as they are one of just two (Winnipeg ICE) WHL teams to have three first-year players in the top 15 of rookie scoring.

Tonight’s opponent features Buffalo Sabres’ 2019 seventh overall draft pick Dylan Cozens. Since returning from the NHL last week, the centerman has scored in all three games to put him tied for first in league goal scoring (4). His eight points are also third best in the WHL. The Winterhawks will have to find success by shutting down Cozens’ line and defensively, the Hurricanes have averaged three goals against per contest while sharing the load in net between Carl Tetachuk and Bryan Thomson.