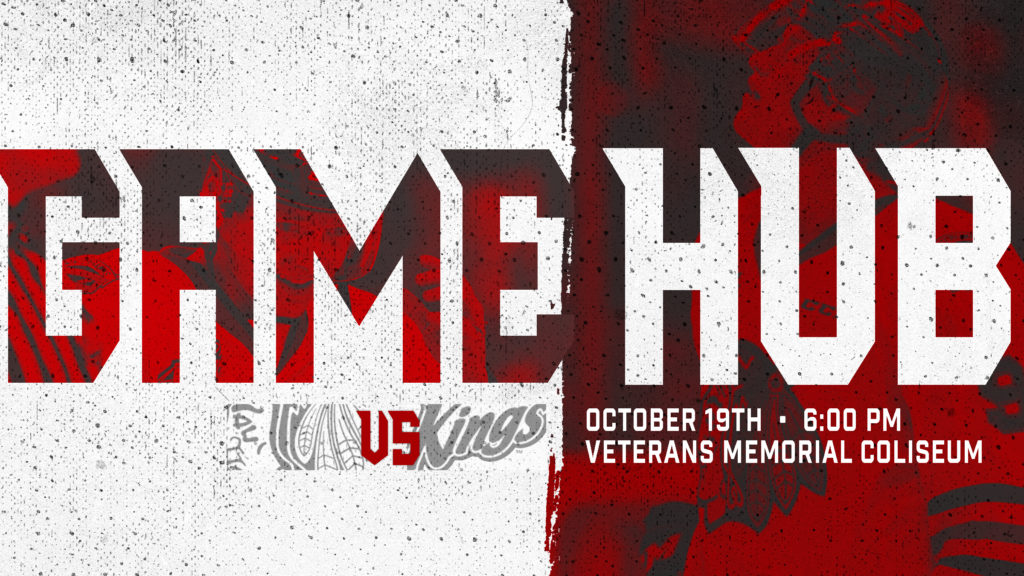 Tonight is the Winterhawks first October home game as they return from their seven game road trip to face the Brandon Wheat Kings out of the East Division. Come early to the Coliseum and take part in our Hawktoberfest promotion! Fans 21+ can enjoy free samples of beer and cider from some of Portland’s best breweries throughout the game on the concourse by the section MM corner. Doors open at 5:00 p.m. tonight.

The Brandon Wheat Kings are in the midst of their U.S. Division road trip and they earned their first win of the trip in overtime last night against the Seattle Thunderbirds. The Wheat Kings erased a 2-0 lead in the third period to beat the T-Birds 3-2. Cole Reinhardt caught fire with four goals in his last three games, including the tying and overtime winner last night.

Through ten games, the Wheat Kings have four wins and are averaging just a tick over two goals per game. Brandon has six former first round WHL Bantam Draft selections on their roster and Colorado Avalanche prospect Luka Burzan leads the bunch with four goals and seven points.

With starting goaltender Jiri Patera on the shelf the past two weeks, Ethan Kruger has drawn all the starts and he turned aside 30+ shots in all the October contests. Despite his tremendous showing between the pipes, Kruger only has one win this season in four starts.

The Winterhawks should be rested after the Central Division swing and no Hawks are listed on the WHL’s weekly injury report. This season, the Hawks have got it done offensively by committee with four players averaging over a point-per-game.

History is on the Winterhawks side as they are undefeated against the Wheat Kings in Portland since October 2007 and have are 9-1-0-0 against Brandon in their last ten games. This is an important stretch for the Winterhawks who face two East Division opponents at home and travel to Spokane next Friday.