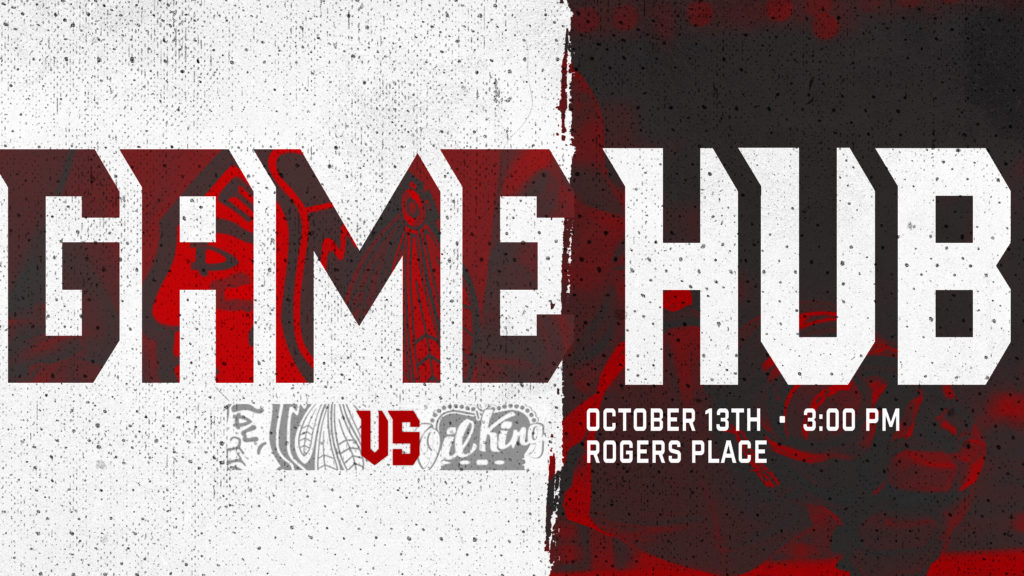 Two division leaders go head-to-head in the early evening as the Winterhawks wrap up their Central Division road trip. The Portland Winterhawks are seeking their second three-game winning streak of the season.

After scoring 11 goals over the last six periods, the Portland Winterhawks are the top offensive team in the Western Hockey League, averaging over four goals per game, and they are looking to capitalize again against a six-win Edmonton team. Portland has won the last three meetings against the Oil Kings, including a thrilling 8-2 victory at Veteran’s Memorial Coliseum a season ago.

The Oil Kings are coming off a game Saturday night in which they erased a 2-0 deficit after 20 minutes to beat the Calgary Hitmen 6-4. Edmonton went 4-for-6 on their power play and NHL Central Scouting’s ‘Players to Watch’ list C-rated prospect Carter Souch recorded a hat trick in the win.

Edmonton acquired some 20-year-old U.S. Division forwards this offseason in Riley Sawchuck (Tri-City) and Ethan McIndoe (Spokane). They are a tough line-up from the top to bottom and have only lost one of their first ten games in regulation. On the back end, Matthew Robertson leads the way from a talent perspective and he signed a three-year, entry level contract with the New York Rangers earlier this month. He was selected 49th overall by the Rangers in the second round of the 2019 NHL Draft.

Following this game, the Winterhawks return to Portland for a pair of home games against East Division opponents. The Brandon Wheat Kings visit town on Saturday, October 19 and the reigning WHL Champions Prince Albert Raiders play at the VMC on Wednesday, October 23.

“We’ve mixed up the lines a little bit over the swing through Alberta, and I thought the combination of (Simon) Knak, who usually plays the right side but I had him on the left, with (Seth) Jarvis and (Reece) Newkirk, I thought they were a good line and they’ve been a good line the last two games. They played well. I like the balance in our lines right now. We have a really young so-called third, fourth line but we’ve had balance.” – Head Coach, General Manage and Vice President Mike Johnston told DUBNetwork.ca after Friday night’s game.