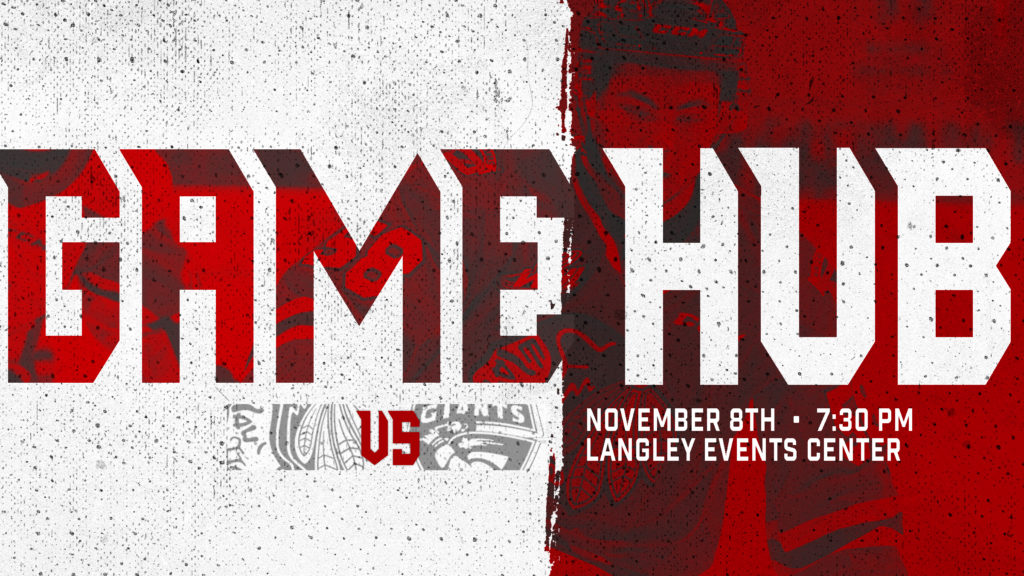 Listen Live: Winterhawks Radio Network and on the Winterhawks App.
Watch Live: WHL Live
Saturday Night: The Winterhawks will honor the sacrifices of our men and women in uniform tomorrow night at the Moda Center during the Boeing Veterans Salute. Tickets are available here.

The Winterhawks enter Friday night’s match-up a half game back of the U.S. Division lead, while the Giants are sitting in third place in the B.C. Division behind Kamloops and Kelowna.

Offensively, the Winterhawks have lit up the Western Conference with nearly four goals per game. Vancouver has had a slower start to its season in the offensive category, ranking in the bottom half of the league in goals and power play percentage. Though, there are certainly some bright spots on the reigning Western Conference Champions team. Colorado Avalanche first round pick Bowen Byram is in the top ten of defensive scoring this season with two goals and 12 assists. In his last seven meetings against the Hawks, Byram has scored a goal and added five assists. For comparison, Johnny Ludvig is tied for second in defensive scoring entering the weekend. Tristen Nielsen has points in five of his last six games and 2020 NHL Draft prospect Justin Sourdif is coming off a career-high four point performance last weekend against Tri-City.

The Giants made a minor move earlier in the week to swap import players with the Swift Current Broncos. Joona Kiviniemi is expected to make his Giants debut tonight after potting ten points in 15 games with the last place Broncos. The second year player from Finland should provide a boost to Vancouver’s power play as well given half of his goals have come on special teams this year.

Keep an eye on the battle of the goaltenders this weekend. Joel Hofer is statistically the WHL’s top netminder and he recently earned his second Eli Wilson Goaltending Goaltender of the Week honors. After a stellar opening month, Vancouver’s David Tendeck has allowed 14 goals in his last four starts, while Trent Miner has stopped 50-of-52 shots in November.

Last season, the Winterhawks swept the home-and-home series with Vancouver in October 2018. After this weekend, the two teams will face one another for the final time on Wednesday, November 20 during the 2019-20 regular season.

Winterhawks Game Recap
A Proud Performance from Portland
20 hours ago