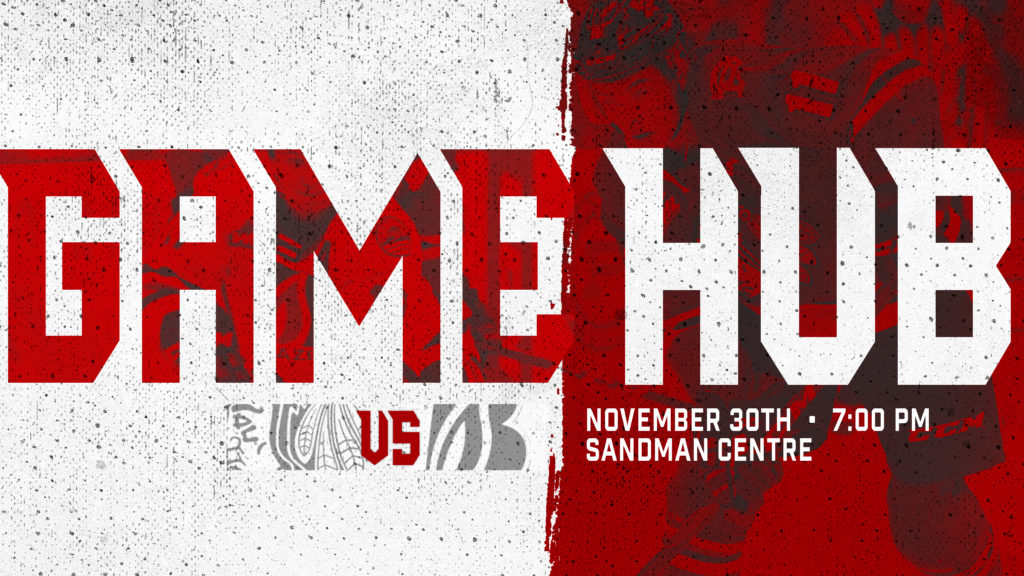 The Winterhawks wrap up their regular season series with the Blazers tonight on their 27th annual Teddy Bear Toss Night. Portland is 2-1-0-0 against Kamloops this year and they ended the Blazers eight game home winning streak on Friday night by beating them 2-1 in a shootout.

The Hawks defense was strong against the Western Conference’s leading offensive team, holding the Blazers to just a shorthanded goal in 65 minutes of hockey. Connor Zary scored his third goal of the season last night against the Hawks and he is tied for second in the WHL with 18 goals.

Joel Hofer boasts an impressive stat line of 8-1-1-0 with a .948 save percentage and 1.54 goals-against-average in November to lead all WHL goaltenders by a landslide this month. He stopped 34 shots in the win yesterday and will be a contender to participate at Hockey Canada’s World Junior Hockey Selection Camp should he receive an invite.

His recent performance has helped propel the Hawks to ninth place on the CHL’s Top Ten Rankings. It is just the second time the Hawks have been ranked this season and they are one of three WHL teams to make the leader board.