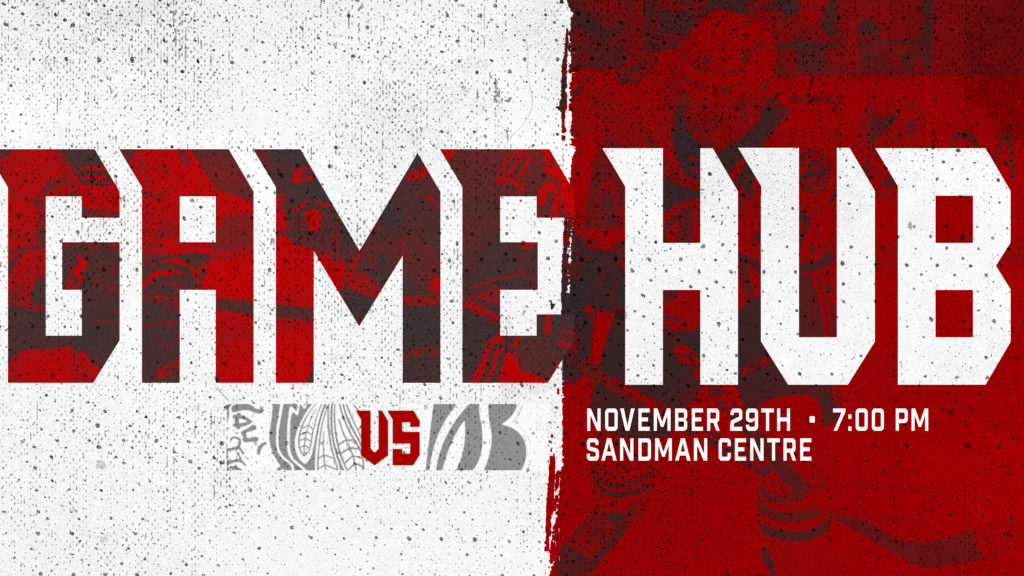 After a healthy fix of turkey and stuffing, the Portland Winterhawks prepare for the first of two games this weekend against the Kamloops Blazers. Tonight is the first and only trip the Hawks will make to Kamloops this year as they begin their four-game road stint.

Two of the top three teams in the Western Conference go head-to-head for a weekend series. The last match-up between the Hawks and Blazers resulted in a 6-5 Kamloops win, but Portland beat Kamloops 4-3 in their first meeting of the season back in September.

The Blazers have won eight straight home games dating back to an October 5 loss to Everett, but they have had a rough recent stretch. Kamloops dropped three of their last five games, with all the loses coming against in-division opponents. The B.C. based team leads the Western Conference with 101 goals this season and boast four of the top ten scorers in the WHL.

A-rated NHL prospect Connor Zary is tied for third in the WHL with 17 goals. He has four goals in his last four games and leads his team with three points against the Hawks this year. A teammate of Zary through Hockey Canada competition, Seth Jarvis comes in as the highest ranked NHL prospect on the Hawks side with four points on the year against Kamloops.

Eleven of the Blazers’ 16 wins this season have come at home so the Hawks understand how important it is to have a good start on the road. Kamloops has never lost a game when leading heading into an intermission. It bears repeating how important special teams will be tonight seeing as both the Hawks and Blazers are top three in both power play and penalty kill percentage.

But the Winterhawks are on a hot streak, earning points in seven straight contests and they do not want that momentum to stop anytime soon.