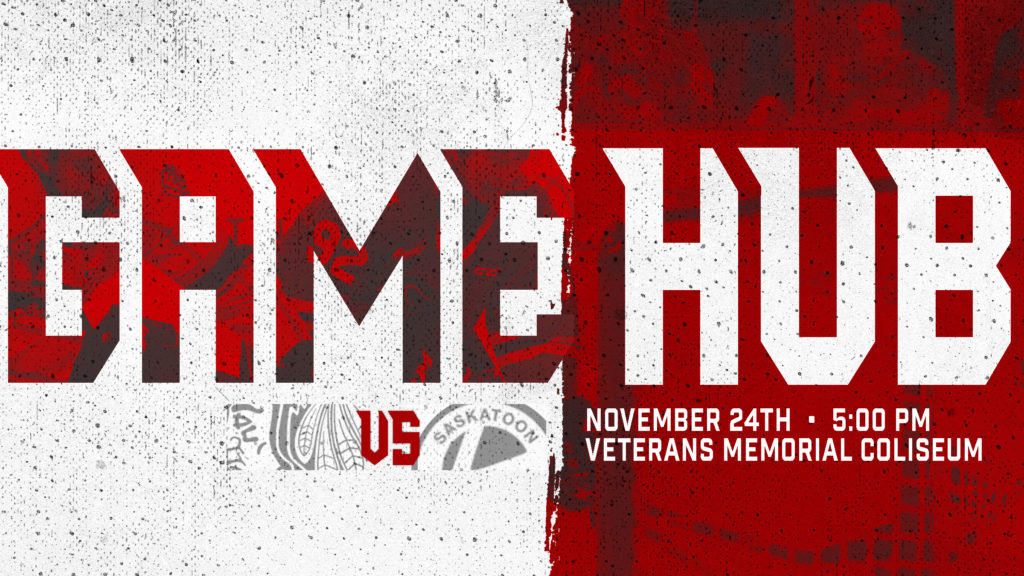 The hottest team in the Western Hockey League welcomes the Saskatoon Blades in town for the first time since December 2017. The Hawks are 9-1-1-0 this season at home ice and the Blades have suffered three straight losses to U.S. Division opponents.

Listen Live: Winterhawks Radio Network and on the Winterhawks App.
Plus, you can listen to the game in the arena on 87.9 FM.
Watch Live: WHL Live
Tickets: Portland vs. Saskatoon

Fresh off a 4-3 win against Everett, the Winterhawks look to make it a perfect four game home stand when the Saskatoon Blades come to town Sunday evening. The Hawks are tied with the Everett Silvertips for first place in the division after picking up win number 14.

Saskatoon has been outscored 14-to-4 during their U.S. Division swing. The last time they were in the Rose City, the Blades shut out the Hawks 4-0 behind a 48-save Nolan Maier shutout. Braylon Shmyr had a goal and three assists and Josh Paterson and Edmonton Oilers prospect Cameron Hebig each had three points against the Hawks. Last season, Portland beat Saskatoon 5-4 on the road. Mason Mannek led all players with three points in the game.

Tonight’s match-up pins Team WHL teammates Joel Hofer and Nolan Maier head-to-head for the first time since Hofer was traded to the Winterhawks. With Kirby Dach sticking in the NHL with the Chicago Blackhawks, Chase Wouters and Riley McKay have carried the offensive workload each scoring ten goals this year. Overage forward McKay is only six points away from a new career high in points.

Montreal Canadiens former third round pick Scott Walford has nine of his 17 points on the power play. He has played in 254 career WHL games.

Jake Gricius has been the hot hand for Portland, scoring five goals and one assist in his last three games. Seth Jarvis also scored the game-winning goal in his return to the lineup after a three-game absence. Following tonight’s game, the Hawks embark on a four-game road trip to British Columbia.