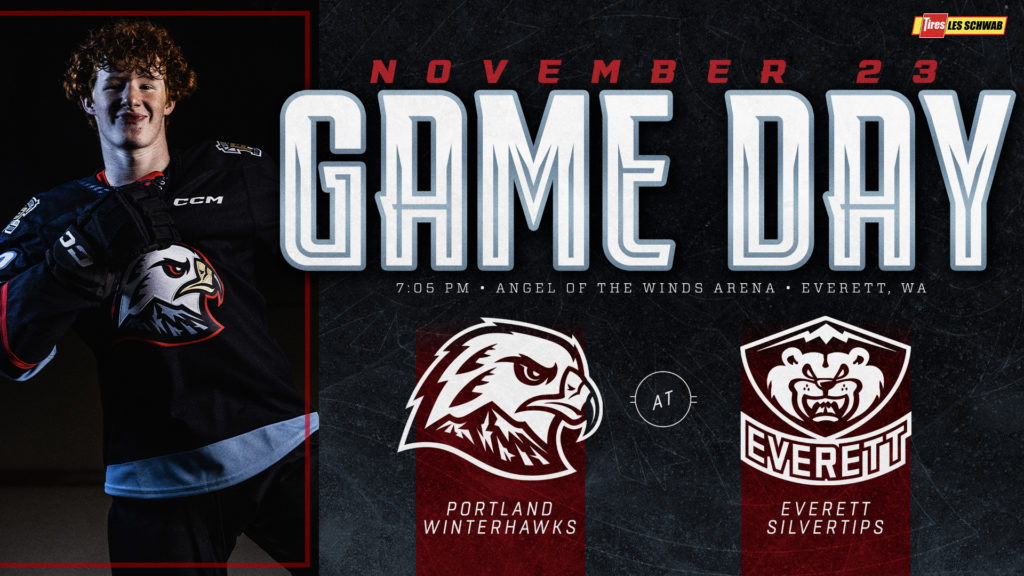 Winners of eight straight, the Winterhawks travel to Everett for a second game against the Silvertips in less than a week.

Venue: Angel of the Winds Arena

You Again?
Five days after their first meeting of the year in the Rose City, the Hawks and Silvertips are set to battle again – this time in Everett. Portland picked up a comfortable 4-1 win last Friday, riding a three-goal second period to what was their seventh straight victory.

Portland and Everett will face off a total of eight times this season, including six games before the end of the calendar year.

Next Man Up
With three players on the WHL Weekly Report with week-to-week injuries, the Winterhawks made a pair of call-ups this week, welcoming Cole Cairns and Hudson Darby back into the fold. Both 2021 WHL Prospects Draft selections are available to play tonight in Everett after strong starts to their respective U18 campaigns.

Welcome back to the team, Cole and Hudson!

Turkey Week Road Trip
We’re on the bus for the holiday week!

After tonight in Everett, the trek continues to Kent for a date with the Thunderbirds on Friday. Then, it’s time to cross the border to face the Vancouver Giants on Sunday before returning home for another Battle With Seattle on our ice next Wednesday.

We can’t wait to see you all next week, but in the meantime, catch this week’s action on WHL Live and Evoca TV!