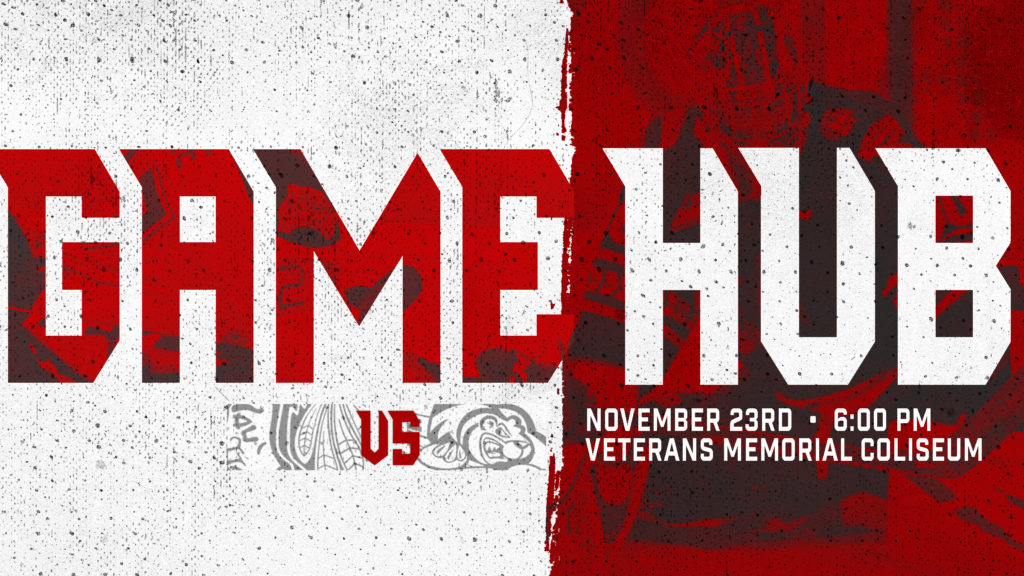 Working on a five game point streak, the Winterhawks welcome the Everett Silvertips to town for the first time this season. It’s also family weekend in the Rose City as a handful of player’s families are in town to celebrate the two-game weekend.

Listen Live: Winterhawks Radio Network and on the Winterhawks App.
Plus, you can listen to the game in the arena on 87.9 FM.
Watch Live: WHL Live
Tickets: Portland vs. Everett
Promotion: Tonight is the Les Schwab KPTV Toy Drive. Fans are encouraged to bring unopened toys to donate to local children’s charities in the Portland area.

The Portland Winterhawks host their second home game of the week and look to catch the first place Silvertips in the standings. Everett is coming off a 6-1 victory on Friday night against Saskatoon, while the Hawks beat the Vancouver Giants 3-1 on Wednesday night to extend their streak.

Everett tied a franchise record on Friday night scoring five power play goals in the process of netting six unanswered goals to beat the Blades. Defenseman Ronan Seeley doubled his point production by assisting four goals, finishing one assist shy of a single game record for most assists in a game. Gianni Fairbrother, Gage Goncalves and Jackson Berezowski all scored two goals in the win.

Portland is 1-0-0-0 against Everett this season, scoring four goals in the lone meeting of the season. Joel Hofer stopped 28-of-29 shots in the win earlier this month and Seth Jarvis paced the way with two points. The Hawks are fighting the injury bug seeing that five players missed time earlier this week, but a few Hawks are close to returning and could even play in the game tonight.

Saturday’s match-up pins the top two WHL goaltenders head-to-head in Hofer and Dustin Wolf. The ‘Tips are the hottest team in the league with points in their last seven games dating back to their 4-1 loss against the Winterhawks on November 1. They have only surrendered one goal in the last six periods.

The Winterhawks (8-1-1), who were recently named an honorable mention on the CHL Top Ten ranking, are the best home team in the WHL. Jake Gricius has led the way with four goals in his last two games to tie him for the team lead in goal scoring. Portland faces an Everett team that has lost just one game on the road this season in eight attempts and clocks in at third place in the CHL rankings.