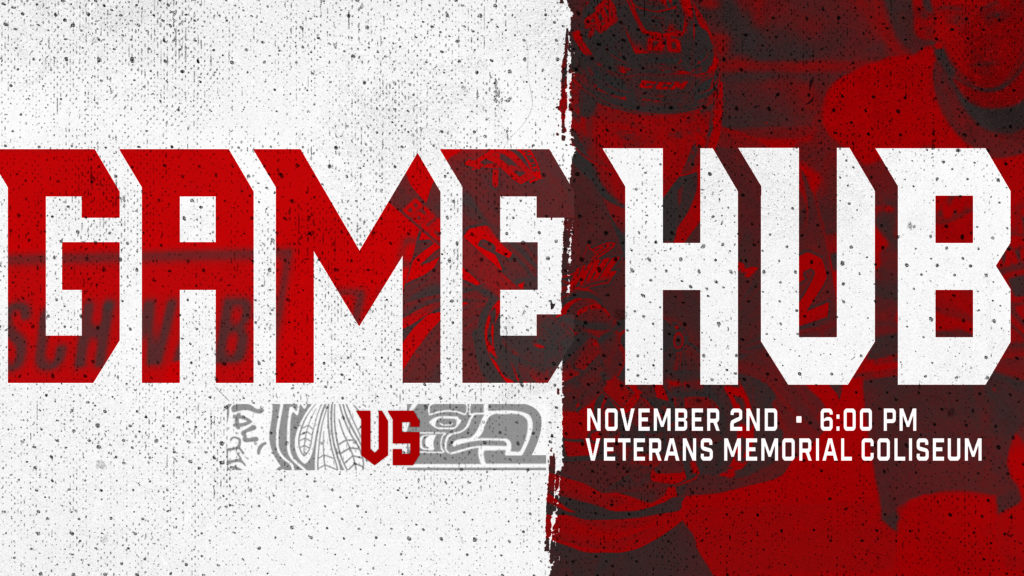 After a win last night, the first place Winterhawks return home to open the regular season series against the Seattle Thunderbirds. Tonight is the first of 12 meetings between the two teams.

Listen Live: Winterhawks Radio Network and on the Winterhawks App.
Plus, you can listen to the game in the arena on 87.9 FM.
Watch Live: WHL Live or Portland’s CW
Tickets: Portland vs. Seattle

Specialty Night: Tonight is Dean “The Scooter” Vrooman night where we will honor the Winterhawks longtime broadcaster for his 32 years with the organization and recent retirement. Be sure to get in your seats early to enjoy our pregame ceremony with Scooter.

Portland returns for just its fifth home game of the season and its first Battle with Seattle of the 2019-20 campaign. Of 22 Western Hockey League teams, the Winterhawks are the last remaining unbeaten team at home.

Last year, the Winterhawks had success against the Thunderbirds going 8-4-0-0 during the regular season and 5-1-0-0 at home ice.

The Hawks return a handful of scorers from last year’s line-up, including Reece Newkirk who recorded 17 points against the T-Birds. Seth Jarvis was right behind him with six goals and 11 head-to-head points and he is currently on a career-best four game scoring streak. The Winterhawks have six players in double digit scoring through their first 13 games.

Seattle has struggled this season, ranking in the bottom five in both team offense and defense. Three players are on the injured reserve and two of their 16 year olds will be missing from the line-up this weekend because they are playing for Canada at the World Under-17 Hockey Challenge. Captain Matthew Wedman has carried the load offensively with points in his last five games.

The Hawks and T-Birds also have four more meetings before the New Year. Following tonight’s game, the Hawks wrap up their weekend against the Kamloops Blazers on Sunday night.