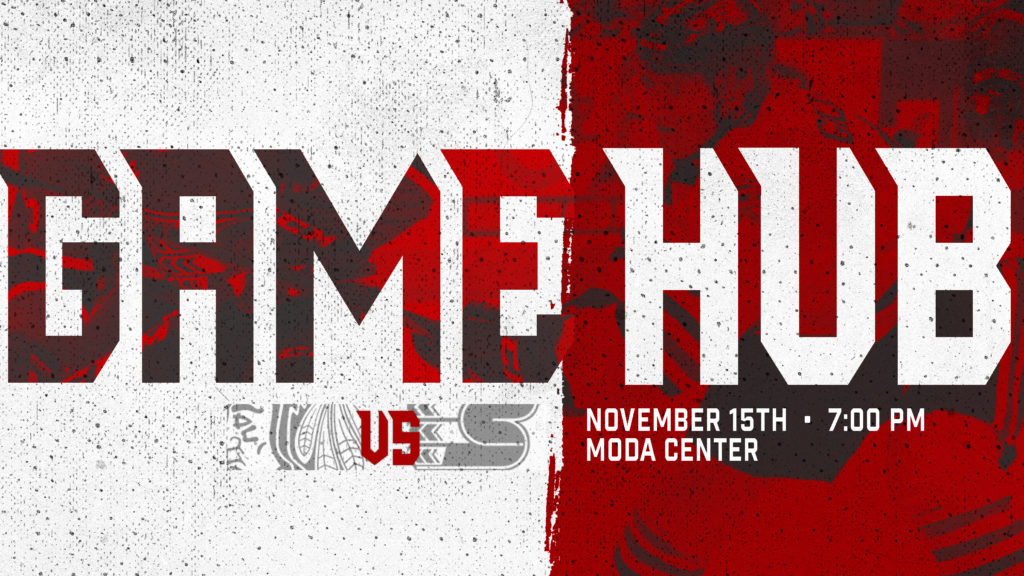 Winner of seven of their last ten games, the Portland Winterhawks begin their three-in-three weekend against U.S. Division opponent Spokane. Tonight is the first of two home games this weekend and officially begins the second quarter of the season.

Listen Live: Winterhawks Radio Network and on the Winterhawks App. You can also listen live in the arena by tuning your radio to 98.1 FM.
Watch Live: WHL Live
Tickets: Portland vs. Spokane
Promotion: It’s the Fred Meyer Turkey Shoot tonight at the Moda Center! Immediately following the game, ladies 18+ can come on the ice and shoot a puck to win a Thanksgiving turkey thanks to our friends at Fred Meyer. Once the final horn sounds, ladies can begin lining up by entry A-18.

The Winterhawks won the first head-to-head meeting of the season 6-3 thanks to career performances from Jake Gricius and Robbie Fromm-Delorme. Sixteen-year-old forward Gabe Klassen has been called up for the foreseeable future due to Fromm-Delorme’s upper body injury sustained in the last game.

Tonight is the first meeting at the Moda Center between these two teams since March 18, 2018 and ironically, all four home games against the Chiefs this year will be held at the Moda Center. For the Winterhawks to have success tonight and build upon their 6-1-0-0 home record, they have to keep Spokane off the scoreboard as much as possible.

Portland has allowed their opponent to score the first goal in the last three games. The Hawks have a 1-3-0-1 record when doing so. But, if the Hawks can take a lead into the intermission, they are very consistent at holding those leads (10-1-0-0 record when leading after the first period).

The Hawks penalty kill has been red hot, killing 48-of-50 penalties over the last ten games plus scoring two shorthanded goals during that same stretch of hockey. The Winterhawks penalty kill 87.8% is second best in the WHL.

As usual, these match-ups bring a lot of NHL fire power to the table with eight NHL prospects on roster tonight and seven more who were named on the NHL’s updated Central Scouting ‘Players to Watch’ list.

Winterhawks Joel Hofer and Spokane’s Ty Smith and Adam Beckman spent the last two days in Alberta for the CIBC Canada Russia series. Joel Hofer stopped 29-of-32 shots in a shootout loss to the Russian National team last night, but then secured the CHL series win in the second (and series deciding) shootout to break the 9-9 tie. Smith recorded two power play assists in the comeback effort last night and Beckman registered three shots on goal in the two games. Like the Winterhawks, the Chiefs also play three games in three nights this weekend.