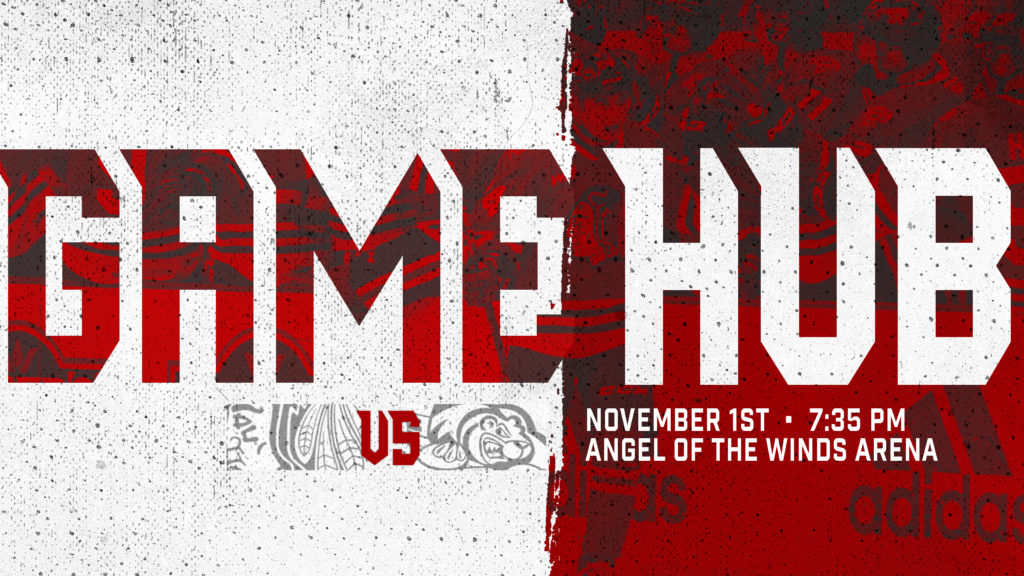 The Portland Winterhawks prepare for a rivalry weekend as they head to Washington to face the Silvertips for the first of three straight games. This will be the team’s first three-in-three challenge of the year.

Listen Live: Winterhawks Radio Network and on the Winterhawks App
Watch Live: WHL Live
Look Ahead to Saturday Night: The Winterhawks return home for a Saturday night game at 6:00 p.m. against the Seattle Thunderbirds. It is also Dean “The Scooter” Vrooman night where we will honor the Winterhawks longtime broadcaster for his 32 years with the organization and recent retirement.

The Winterhawks renew their rivalry with Everett in a battle atop the U.S. Division standings. The Hawks and Silvertips, separated by just a point in the division, are two of the hottest teams in the Western Hockey League. The home side tonight has won their last five contests and Portland is looking to preserve its six game point streak, including three straight wins.

Everett enters the weekend in ninth place on the CHL’s Top Ten leader board thanks to their recent performance, while Portland beat a ranked Prince Albert team at home (4-3 W) and a tough Spokane offense on the road (6-3 W) to close October on a winning note. With eight wins on the season, the Winterhawks have done so while boasting the league’s best offense averaging 4.00 goals-per-game and an impressive 28-percent power play. Everett, on the other hand, is third in overall team defense, surrendering just over two goals on average.

Goaltender Dustin Wolf is a key reason for Everett’s early season success. Wolf was recently named the WHL’s Goaltender of the Month for his 7-3-0-0 performance in October with two shutouts and an impressive 1.75 goals-against-average and .945 save percentage. Wolf started all ten head-to-head meetings last year against the Hawks, winning six of those starts and stopping over 300 shots. His likely counterpart Joel Hofer went 2-1-0-0 in three starts against the Silvertips, earning first star recognition in the two wins and backstopping 48 saves in his lone loss against Everett on the road.

In terms of league recognition, Jake Gricius enters as the reigning WHL On the Run Player of the Week for his seven points against the Raiders and Chiefs. After a milestone effort, Gricius now has 15 points on the season which puts the Colorado native in a three way tie for first on the Hawks and he is one of five Winterhawks averaging at least a point-per-game through the first dozen games.

Everett has looked to their new captain Bryce Kindopp to provide a spark offensively. Following a 70-plus point season a few months ago, Kindopp is currently tied for first in the WHL with ten goals and he ranks third with 19 points. Recently acquired forward and Montreal Canadiens prospect Cole Fonstad sits second behind Kindopp in team points (3G-12A, including six points in three games with his new club). Though the former WHL Champion is listed day-to-day on the weekly injury report.

The Silvertips will be without defenseman Olen Zellweger for their three-in-three weekend as he is playing for Team Canada at the World Under-17 Challenge. Portland has nobody listed on the weekly injury report.

The Hawks are 4-0-0-0 against Western Conference opponents this season and all three of their weekend games will be against Western teams. Portland hosts Seattle on Saturday and Kamloops on Sunday.