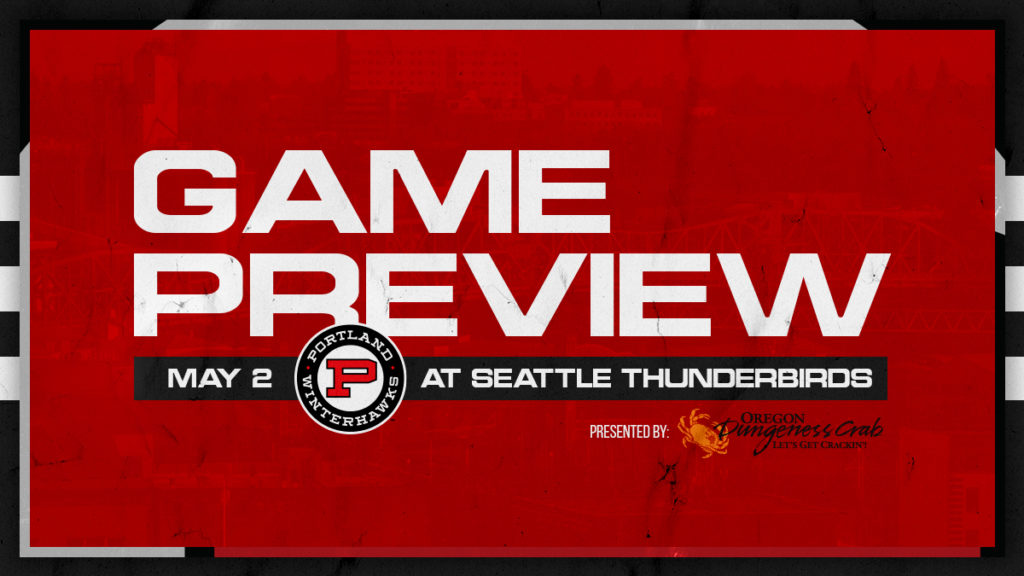 A wild three games in three days stretch comes to a close tonight in Kent, with a televised meeting against the rival Seattle Thunderbirds.

Tonight is the final meeting of the season with Seattle, thus the final game on television this season.  Grab your snacks, grab your blankets and get settled in for a 5:05 start.  Ian Furness and Andy Eide will have the call on Channel 3 / 703.  Nick Marek will remain on Winterhawks radio tonight.

So, let’s beat the T-Birds one final time?

The ‘Hawks have won four straight against their I-5 rival after splitting the first two games of the season.  While we wish you could’ve been with us to enjoy the games in person this season, it’s still always nice to beat them no matter the circumstances, right?

At this point in the season these two teams don’t like each other.  Unfortunately we know there’s no playoffs either so this is the final chance for these two sides to gather with one another.  Throw in the above fact that the season series has been a bit one-sided and usually things tend to pop off when that’s the case, so mix all of that together and we could see some serious intensity.