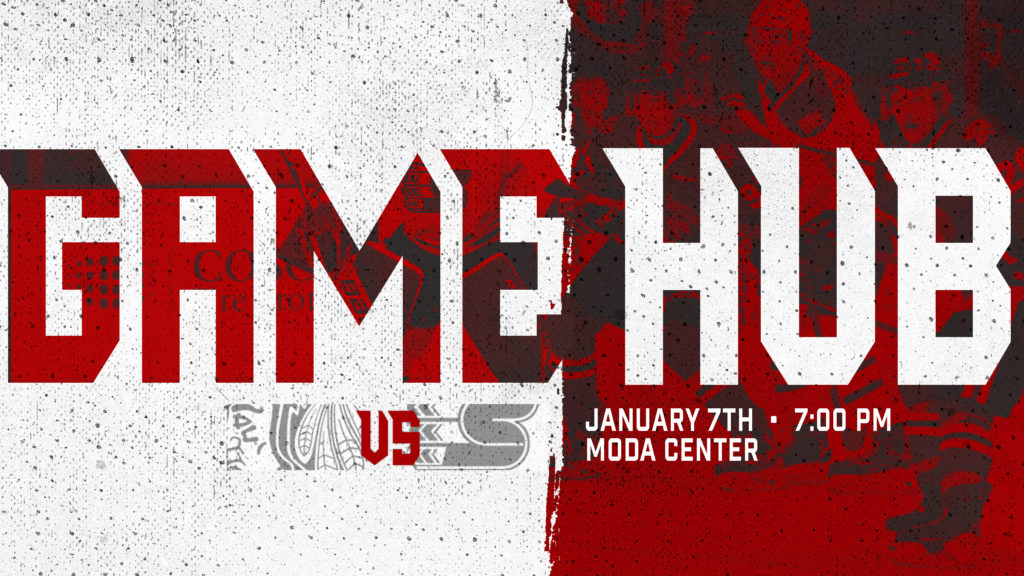 The first place Portland Winterhawks welcome the Spokane Chiefs to town for the second time this season. The Hawks have won five straight games and tonight, they wrap up their nine game stretch against divisional opponents.

Listen Live: Winterhawks Radio Network and on the Winterhawks App. You can also listen live in the arena by tuning your radio to 98.1 FM.
Watch Live: WHL Live
Tickets: Portland vs. Spokane

Coming off two six goal performances over the weekend, the Winterhawks are preparing to battle in their final game before the Friday afternoon trade deadline. In the last game against Spokane, Portland scored four unanswered goals to help guide them to a road win. Reece Newkirk led the charge with two goals in the victory and 11 different Hawks were on the stat sheet.

Spokane only played that one game last weekend and they prepare for a three game week against Portland and Vancouver. In the last meeting, Minnesota Wild prospect Adam Beckman set a franchise record by scoring in his tenth straight game. He co-leads the WHL with 59 points entering the week.

It is likely that tonight is another high scoring affair seeing as 26 goals have been scored head-t0-head this season. Twenty year olds Jake Gricius and Eli Zummack lead their teams with six points during the three series games so far this year.

The Hawks continue to climb the CHL leader board and they sit in third place in the Top Ten rankings. Swiss forward Simon Knak flies back to Portland today, but his status for tonight’s game is still unknown. Meanwhile, goaltender Joel Hofer will rejoin the team this weekend when the Hawks travel to Victoria. He and Spokane’s Ty Smith won gold at World Juniors on Sunday after beating Russia 4-3.

Portland is undefeated in regulation (12-0-1-2) against the division. Tonight is the fourth of eight meetings with the Chiefs this year.