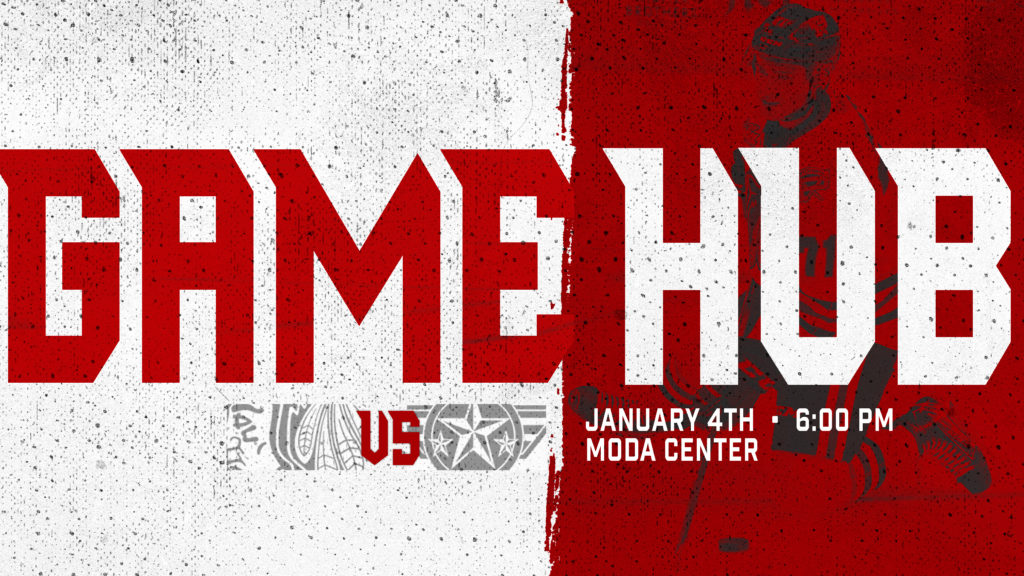 With an unblemished record of 3-0-0-0 against the Americans, the Winterhawks are looking to stay hot in 2020. Tonight is the Americans first trip to town since the Hawks beat them 6-1 at the Moda Center during their home opener.

Be sure to stick around after the game for the Boeing Paper Airplane Toss. Fans are encouraged to pick up a free paper airplane making sheet on the concourse and assemble it during the night. After the game, fans can throw the airplanes onto the ice and aim for the targets to win various prizes.

Listen Live: Winterhawks Radio Network and on the Winterhawks App. You can also listen live in the arena by tuning your radio to 98.1 FM.
Watch Live: WHL Live
Tickets: Portland vs. Tri-City

The Winterhawks are getting set to play their second game of the weekend, while the Americans had Friday night off. The Americans won just one game in December (it came at home in overtime on New Year’s Eve) while the Hawks won nine of their ten December tilts.

Offensively, the Hawks have scored 17 goals against Tri-City in the previous three meetings, while only allowing four, and this time, the Americans roster will look quite different. Since the last match-up on December 28, Tri-City has made some changes sending 20-year-old goaltender Beck Warm and defenseman Sam Stewart to the Edmonton Oil Kings and Kyle Olson to the Calgary Hitmen.

Offensively, the Americans have relied upon Sasha Mutala’s line to take care of business. The Colorado Avalanche prospect enters the night on an impressive eight game point streak. Portland will have to keen in on shutting down that time line

Last night, 11 different Winterhawks registered a point. The previous game, nine different Hawks found the stat sheet and before that it was eight Winterhawks. Offense has been coming in waves for the U.S. Division’s hottest offense team this winter. Defensively, Portland has been rock solid and the team leads the league in goals-against-average. But one area to keep an eye on is the penalty kill. Portland has surrendered a power play goal in three of the last four contests.

Tonight is Matthew Quigley’s 21st birthday. Last night he skated in his 200th career regular season game and picked up a primary assist. Reece Newkirk will look to extend his 12 game point streak that features ten goals and seven assists.