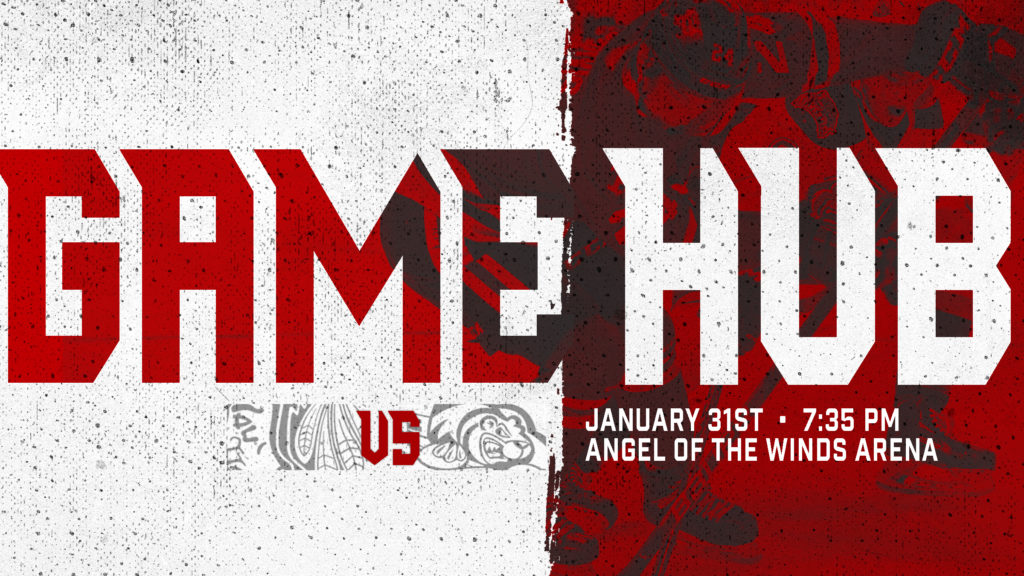 The Hawks put their 21-game point streak on the line tonight against the second place Silvertips. Portland makes its second trip to Everett this year and they are looking to stay on track for matching the team’s all-time point streak of 23-in-a-row set from January 8 to February 28, 2014.

Both teams have 30+ wins and are listed on the CHL’s Top Ten Rankings, with Portland earning its highest ranking of the season at #2. The Winterhawks have a chance to become the first WHL team to clinch a playoff spot. The magic number is down to four, meaning a Winterhawks win of any kind and a Tri-City loss in regulation tonight would guarantee the Winterhawks 11th consecutive trip to the WHL Playoffs.

The Hawks offense has exploded during their seven game winning streak, averaging over six goals per contest. Linemates Seth Jarvis and Jaydon Dureau have been the stars of the month for the division-leading Winterhawks, ranking first and third respectively in WHL scoring. Jarvis was recently named the number 24 NHL Draft prospect by TSN’s Bob McKenzie. Jake Gricius is two assists shy from setting a new career high for assists in a season.

On the Silvertips side, captain Bryce Kindopp is tied for fourth in all-time ‘Tips scoring with 100 career goals. He has a chance of catching Patrick Bajkov’s record of 112, but Kindopp has been kept off the score sheet the last four games. Montreal Canadiens prospect Cole Fonstad is tied for tenth in league scoring with 57 points. The former WHL Champion is looking to keep his line rolling into the weekend.

Of course, how can anyone overlook the potential goaltending match-up that would pin two of the best statistical netminders in the WHL head-to-head for the third time this season. Joel Hofer has slid a bit in January, but still sits tied for first with 26 wins. Everett’s Dustin Wolf leads the league with a .937 save percentage, 1.95 goals-against average and seven shutouts.

Special teams play could play an important factor in tonight’s battle of the heavyweights. Everett currently has the top power play in the WHL at 27-percent and they are 5-for-18 during the current six game point streak. Portland is 12-for-13 on the penalty kill this season against Everett.

It is worth noting that forward Dawson Butt will continue serving his 11-game suspension on Friday night for Everett. They also added former Winterhawk Ty Kolle, forwards Hunter Campbell and Ethan Regnier and NHL Central Scouting defenseman Kasper Puutio to their lineup at the trade deadline. Puutio helps fill the void vacated by Gianni Fairbrother who suffered a season-ending injury earlier in the month.