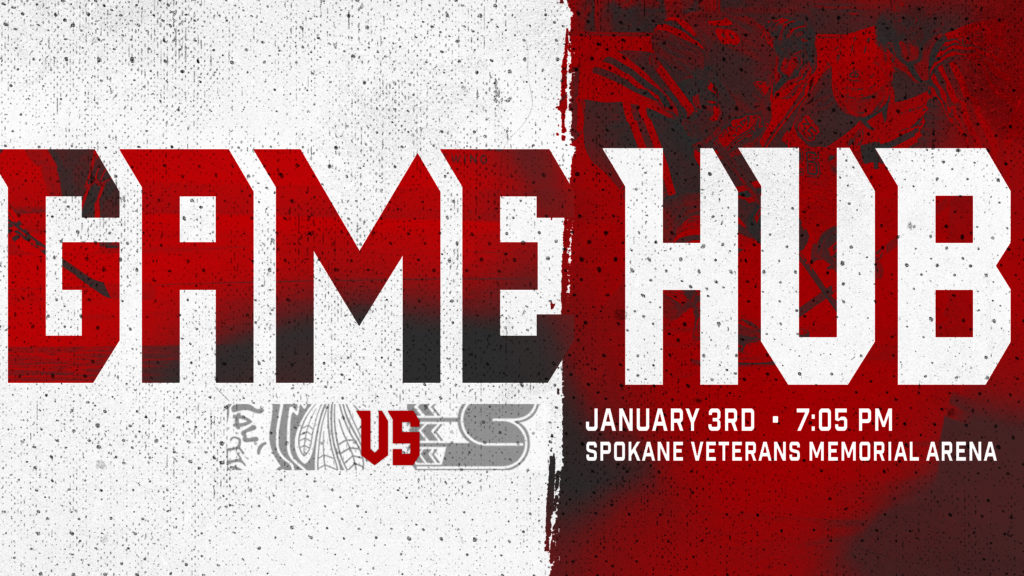 After going undefeated in regulation during December, the Winterhawks continue their trek through the U.S. Division. Portland stands alone at the top of the division and they are looking for their second win in Spokane this season.

The top two offensive teams in the States go head-to-head to open the 2020 portion of the schedule. Tonight will be the first of two weekly meetings between the Hawks and Chiefs and the last two contests averaged out to eight goals a night.

The Winterhawks ended the decade first place in WHL scoring with 2,866 goals and they led the entire CHL with 455 regular season wins and 86 playoff wins. Portland is riding that momentum into 2020, entering the New Year in third place on the CHL Top Ten rankings. The Winterhawks have earned points in 19 of their last 20 games and they have done it in a variety of ways.

When the team last traveled to Spokane, they routed the Chiefs 6-3 behind a strong performance from Jake Gricius’ line. The 20 year old centerman enters the night on a five game point streak and hopeful to secure the Hawks first win of 2020. CHL Top Prospect Seth Jarvis (15) and Reece Newkirk (14) sit atop the team in scoring and the Winterhawks very well could need another strong offensive performance to steal a road win tonight.

Spokane’s Adam Beckman leads the WHL with 28 goals and 58 points entering the New Year. He has goals in nine straight games and his teammate Eli Zummack has the league’s highest active point streak of 13 games. Beckman missed the last meeting against Portland due to playing in the Canada/Russia Series.

Key players will still be missing from tonight’s game as Spokane defenseman Ty Smith (Canada) and goaltender Lukáš Pařík (Czech Republic) along with Joel Hofer (Canada) and Simon Knak (Switzerland) are all wrapping up their World Juniors experience.

Following the game tonight, the Hawks return home for a Saturday tilt against Tri-City at the Moda Center. It’s also the Boeing Paper Airplane Toss where fans can win prizes by flying their paper airplanes onto designated targets after the game.