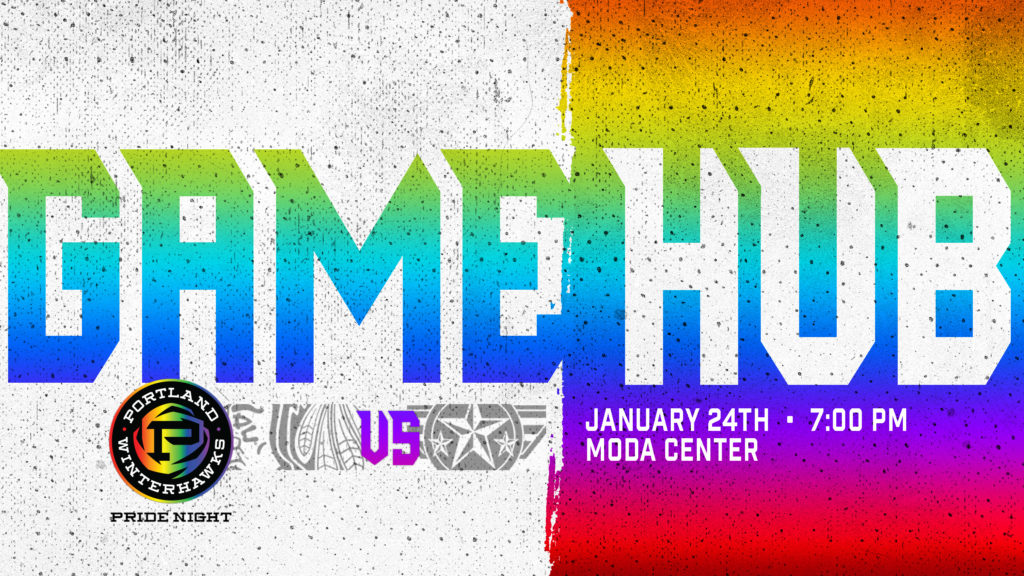 With an unblemished record of 4-0-0-0 against the Americans, the Winterhawks are looking to continue upon their impressive winter.

For the first time, the Winterhawks are hosting a Pride Night to benefit the Q Center in downtown Portland. Learn more about the night here.

Listen Live: Winterhawks Radio Network and on the Winterhawks App. You can also listen live in the arena by tuning your radio to 98.1 FM.
Watch Live: WHL Live
Tickets: Portland vs. Tri-City

The Winterhawks prepare to play their first of five straight in division games tonight when the Tri-City Americans come to town. The Americans are winless in their last 11 road games (0-10-1-0), with their last road victory coming in Edmonton on November 11, 2019.

Portland is in the midst of a five game winning streak, while Tri-City has lost four straight. In the last five games, the Hawks have out-scored their opponents 30-14. Portland enters the weekend in third place in goals scored this season and they have held opponents to the fewest tallies, just 103. Last week, the Americans allowed 30 goals combined in their four road losses.

Thanks to a perfect week against three separate opponents, Portland rose to number two in the CHL Top Ten Rankings. It is the highest ranking of the season for the Hawks. During their dominating stretch of hockey, 2020 NHL Draft prospect Seth Jarvis leads the team and the WHL with 19 points in January.

Portland has gotten off to far better starts to games this month and because of that, they are nearly perfect with a 26-1-1-0 record when leading after the first 20 minutes. The Americans have some new faces on roster since the two teams last met before the trade deadline. In addition to some roster shuffling, starting goaltender Talyn Boyko is listed on the WHL Weekly Report with a lower body injury and four other Americans carry injury designations into the weekend. Sixteen year old rookie Mason Dunsford and affiliate netminder Ronin Geraghty are expected to be the two dressed goaltenders on Friday night.

Keep in mind, Portland is averaging just under six goals per game this season against the Ams.