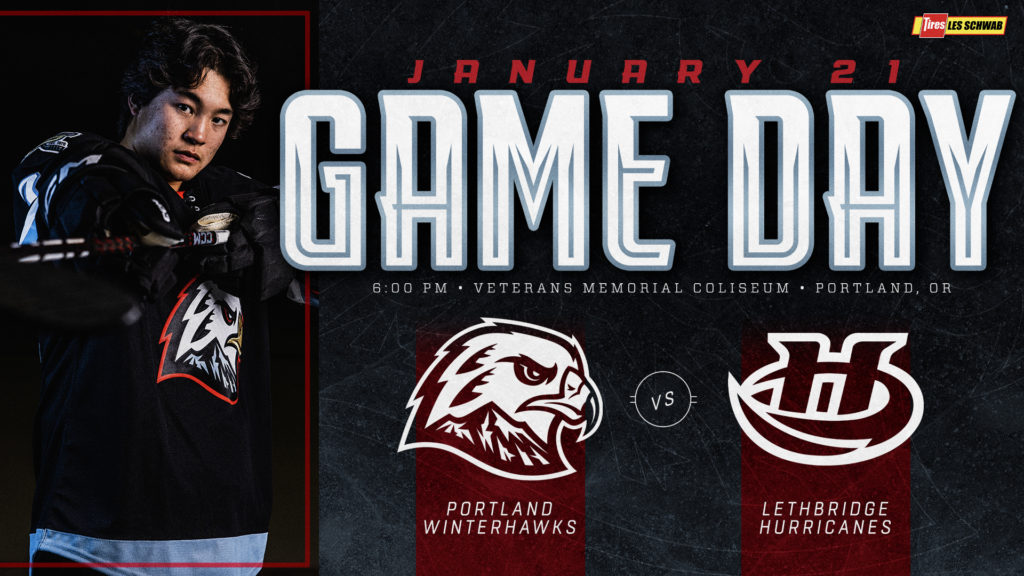 After a thrilling 7-6 overtime win over Victoria on Friday, the Hawks are back in action against the Lethbridge Hurricanes for the first time since October 2019.

Back-2-Back
After a long time away from home, the Hawks returned to the VMC with a bang last night as they topped Victoria 7-6 in a wild OT thriller. Even if the team’s performance had a few places for improvement, the result was exactly what was needed after some up-and-down results in the East Division.

“It was great (to be home). Definitely a couple tough games there on the road trip, but it’s awesome to be home in front of the fans. They were great tonight, a lot of them showed up, so to have that support coming back was huge,” said forward James Stefan.

Now, the team gets another Eastern Conference opponent as Lethbridge comes to town for a rare appearance south of the border.

Long Time No See
The Hurricanes make their first trek to the Rose City since January 2019, and it’s the first matchup in either location between the clubs since October of that same year. This year, Lethbridge is led by 20-year-old Cole Shepard with 16 goals and 22 assists in his first season with the team after being traded from Vancouver, as well as fellow forwards Jett Jones (36 pts) and Tyson Laventure (33 pts). Rookie goaltender Harrison Meneghin has taken the lion’s share of starts for the club and excelled, notching a .912 save percentage and 18 wins in 30 starts.

The Hurricanes sit fifth in the Eastern Conference and enter tonight’s tilt with points in seven straight (3-0-3-1), though they have dropped two consecutive OT games in Everett and Seattle to open up their U.S. Division road trip.

Sippin’ Saturday
Enjoy FREE beer, cider and wine tastings on the concourse from some of Portland’s favorite breweries tonight! The free tastings will be held outside Entry MM on the VMC concourse, and the brewery lineup includes:

Come thirsty and get the party started at the rink and on the ice!