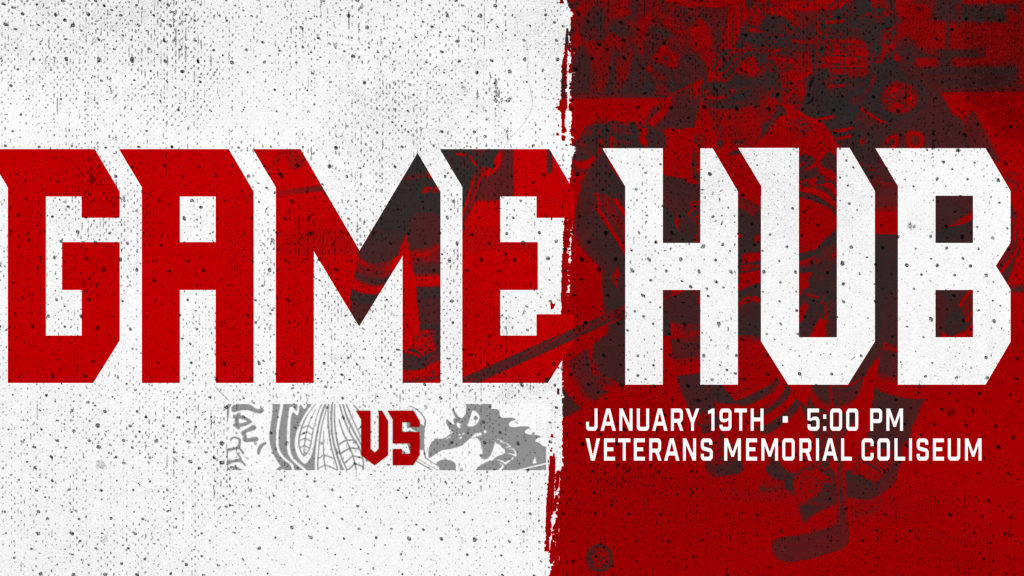 The Portland Winterhawks put their five game home winning streak on the line tonight against the Kelowna Rockets after defeating them 7-0 on Saturday night. Tonight wraps up a three game weekend for both teams.

Listen Live: Winterhawks Radio Network and on the Winterhawks App. You can also listen live in the arena by tuning your radio to 87.9 FM.
Watch Live: WHL Live
Tickets: Portland vs. Kelowna

Kelowna surrendered seven goals in the 7-0 loss on Saturday night and the Rockets have now lost five straight games, getting out-scored 22-5 during that stretch. Fortunately for Kelowna, after tonight, eight of their next ten games will be played at Prospera Place. They have not won a game in Portland since October 2016.

The WHL-leading Winterhawks have scored 21 goals in three games this week to help them continue their 18-game point streak. Last night, 13 different Winterhawks registered at least one point and Seth Jarvis led the way with two goals and an assist. Jarvis and his teammate Reece Newkirk are both ranked inside the top ten of WHL scoring after surpassing 50 points on Saturday.

Dante Giannuzzi kept his perfect season record alive with a 17-shutout against the Rockets in the first of four head-to-head meetings this season. He became the 30th goaltender in franchise history to record a shutout. Sunday night’s rematch will be all about momentum and special teams, seeing as both the Hawks and Rockets rarely give up intermission leads.

After tonight, Portland will play five straight in division games before heading to Kelowna for the final two meetings of the regular season.