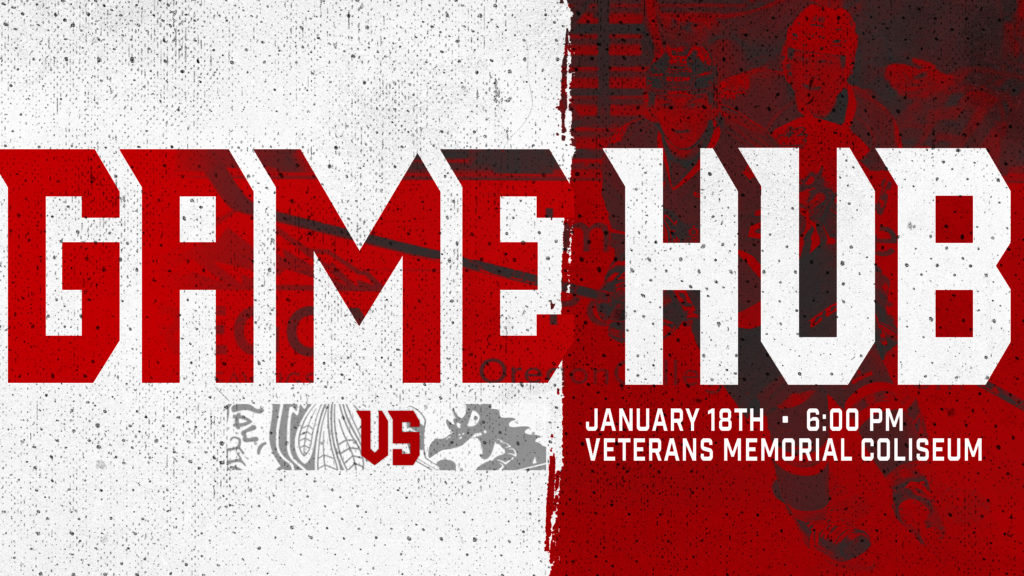 The Portland Winterhawks welcome the 2020 Memorial Cup host team to town for the first and only time this season. The Hawks and Rockets face-off tonight and tomorrow evening to wrap up their respective three-in-three weekends.

Listen Live: Winterhawks Radio Network and on the Winterhawks App. You can also listen live in the arena by tuning your radio to 87.9 FM.
Watch Live: WHL Live
Tickets: Portland vs. Kelowna

Kelowna enters tonight’s match-up on a four game losing streak, including a 3-2 loss on Friday night against the Silvertips. They are entering the weekend banged up with eight players listed on the WHL Weekly Report as either injured or suspended through Monday.

With leading scorers Nolan Foote and Kaedan Korczak expected out of the line-up this weekend, the Rockets look to former Seattle Thunderbirds Matthew Wedman, Jake Lee and Dillon Hamaliuk for offense. Former first round Bantam pick Pavel Novak leads all Rockets with three goals in January.

The Winterhawks have remained status quo, beating the Spokane Chiefs last night on the road and remaining in third place on the CHL Top Ten rankings. Portland has a three game winning streak and a 17 game point streak in tact entering tonight’s match-up. Overage forward Lane Gilliss netted both game-winning goals this week for Portland and thanks to his goal last night, Portland has now scored a power play goal in five straight games.

A different forward line has emerged in each January game for the Hawks, and recently, the combo of Tyson Kozak, Simon Knak and Cross Hanas have gotten it done. They have fifteen combined points in the last two wins. Tonight’s focus is going to be about the Winterhawks jump and taking a lead early. Kelowna has been a part of 22 one goal games, which is the most in the WHL, so it will favor Portland to pull away early.