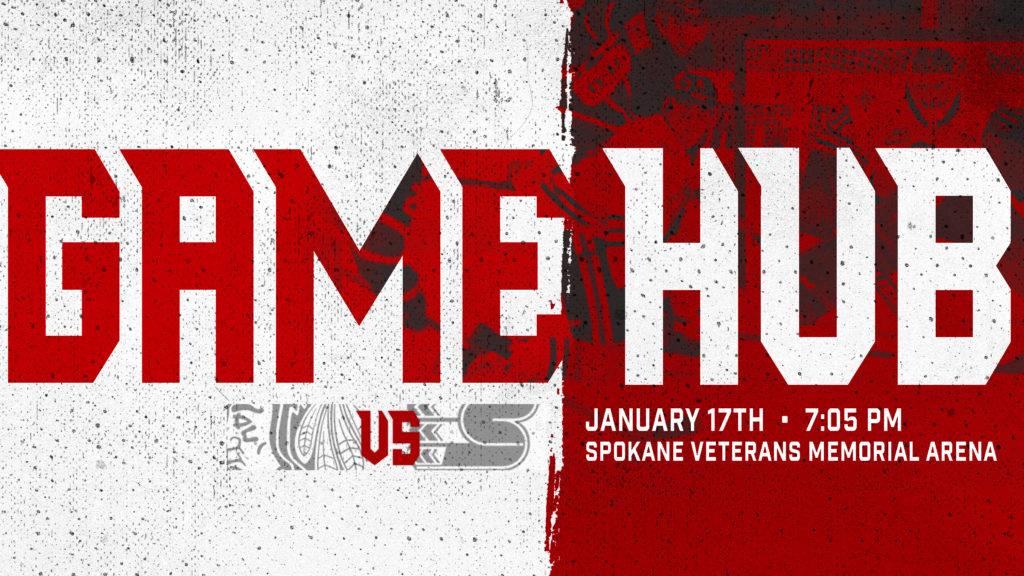 Portland is looking to improve upon its 3-0-1-0 record against Spokane this season as the Hawks open their three-in-three weekend on the road.

The Portland Winterhawks remained in third place of the CHL Top Ten Rankings by continuing its CHL-leading 16 game point streak into mid January. Tonight is the second to last game the Hawks play in Spokane during the 2019-20 regular season.

Portland is coming off its best offensive performance of the year, putting up nine goals against the Regina Pats in a decisive 9-4 home victory. In total, 16 different Hawks recorded a point in the Tuesday night victory. The Hawks have averaged over five goals per game against the Chiefs this year and have proved anyone can get it done offensively in their line-up. Alternate captain Jake Gricius leads Portland with seven points against Spokane and he is third on the team in January scoring. He is skating in a milestone game tonight, too, lacing up the skates for his 250th career regular season game.

Spokane is coming off a midweek loss at home to the Memorial Cup host Kelowna Rockets and the Chiefs have played .500 hockey in their last dozen games. Adam Beckman and Eli Zummack have been the spark plugs offensively for the team. Beckman, a Minnesota Wild draft pick, is currently on a 14-game point streak and was named the WHL Player of the Month in December. He leads the league with 31 goals and is tied for first with 66 points in 41 games. Nineteen-year-old forward Zummack is tied for 11th in league scoring with 49 points and he has scored seven of them against Portland this season.

Both the Winterhawks and the Chiefs will be missing a key piece to their line-up tonight. With Seth Jarvis and Jack Finley playing in last night’s CHL/NHL Top Prospects Game, they are ineligible per CHL rules to play tonight, but could return to the line-up on Saturday. Those are key losses for Friday night’s contest seeing that both players have six head-to-head points against one another. Still, we should expect another offensive minded game between these two U.S. Division rivals.

Following tonight’s game, the Winterhawks head home for a pair of games at Veterans Memorial Coliseum against the Kelowna Rockets.