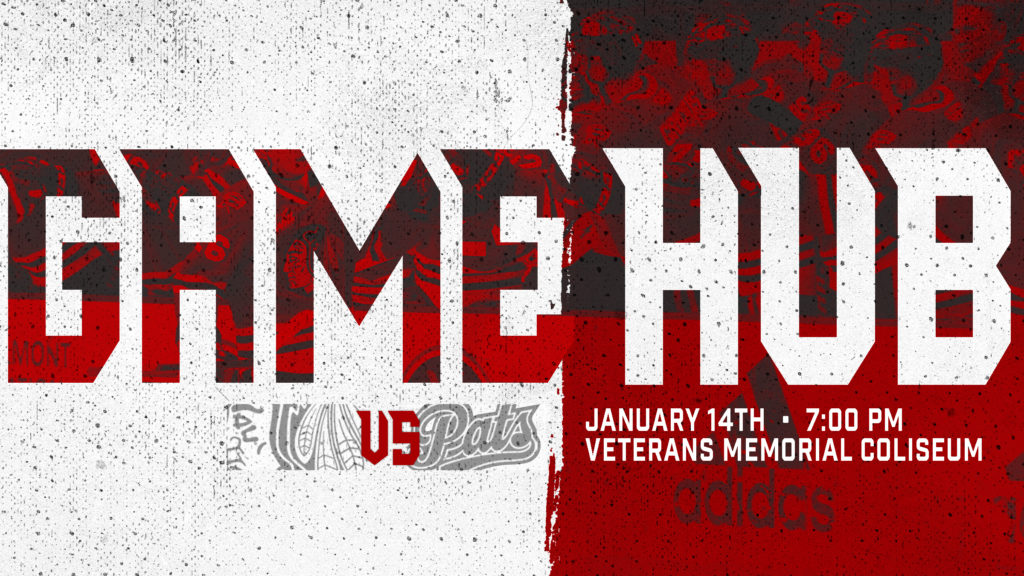 Portland welcomes the 2017 Eastern Conference Champions to the Rose City as they make the bi-annual trip to the States. Regina is coming off a big win on Sunday night in Everett and the Winterhawks are in the midst of a CHL-leading 15 game point streak.

Listen Live: Winterhawks Radio Network and on the Winterhawks App. You can also listen live in the arena by tuning your radio to 98.1 FM.
Watch Live: WHL Live
Tickets: Portland vs. Regina

After a weekend that featured back-to-back overtime games in Victoria, the Winterhawks are preparing for their first of four games this week. Portland plays at home tonight, Saturday and Sunday and the team sits eight points ahead of the Everett Silvertips for first place in the U.S. Division.

The Winterhawks are 26-11-0-0 all time against Regina, including six straight wins head-to-head. Regina was sellers this year at the deadline, making five trades over the week and acquiring a promising young player in Jakob Brook, listed 171 on the NHL’s Central Scouting Midterm North American skater rankings, and four guaranteed draft picks.

Robbie Holmes leads the Pats with 16 goals and he is two points shy of 100 in his WHL career. Captain Austin Pratt, who is a few games shy of 300 in his WHL career, leads his team in points and is averaging a point-per-game in January. On Sunday evening, they beat Everett 6-3 and are averaging over four goals per contest this month.

Meanwhile, the Hawks will be without leading goal scorer Seth Jarvis for Tuesday’s and Friday’s tilt as he is playing in the NHL/CHL Top Prospects Game on Thursday in Hamilton, Ontario. Jarvis’ linemate Jaydon Dureau has played well in January with six goals and three assists in his last five games. The Winterhawks are the first team in the Western Conference to score 150 goals and they have five players on the NHL Central Scouting Midterm Rankings.