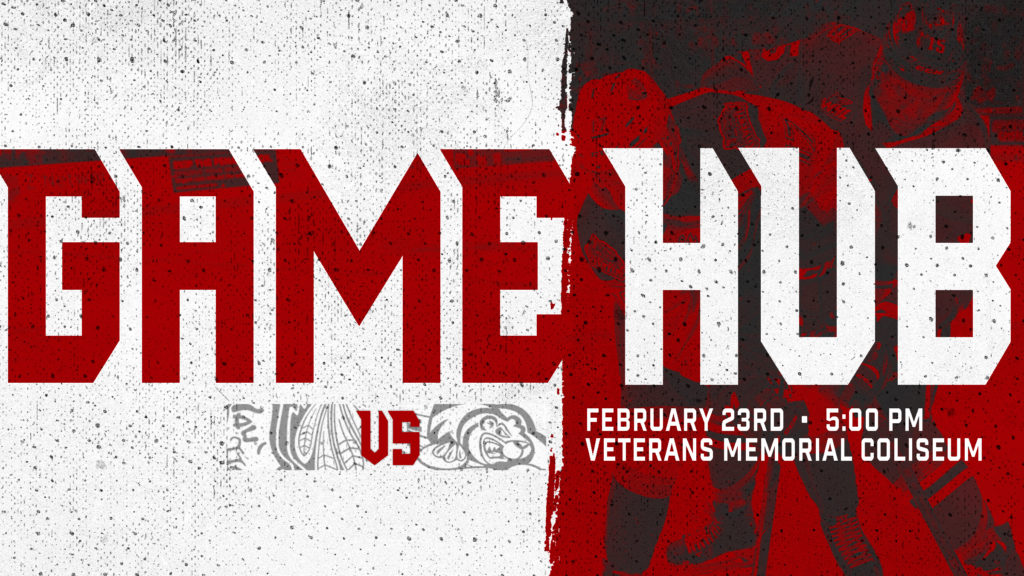 With the Hawks lead down to five points, and Everett still holding a game in hand of Portland, tonight’s match-up between number one and number two in the division is one of the biggest games this season.

Listen Live: Winterhawks Radio Network and on the Winterhawks App. You can also listen live in the arena by tuning your radio to 87.9 FM.
Watch Live: WHL Live
Tickets: Portland vs. Everett

Everett enters Sunday evening’s match-up on a five-game winning streak and they are now just five points back of the Hawks for the top of the U.S. Division. With only three head-to-head meetings left, tonight’s battle is important in terms of division standings and potentially could affect the Scotty Munro Memorial Trophy, which is awarded to the WHL team with the most points in the regular season.

The league’s top offensive team was halted to just two goals on 32 shots in Seattle on Saturday. Seth Jarvis found the stat sheet again and he ranks second in the WHL with 85 points and third in goals with 36. Jonas Brøndberg has three goals in his last five games and alternate captain Matthew Quigley has assists in three straight contests. Jaydon Dureau has eight points in his last nine games and Reece Newkirk has nine points in his last eight games.

With 12 games left to play this regular season, every point matters. The Hawks are looking to avenge their 4-1 loss in Everett earlier this month and muster four of a possible six points during their second straight three-in-three weekend.

Tonight’s game is also the last home game until March 4 when Portland welcomes the Tri-City Americans to the VMC.

The Hawks are inching closer to clinching home ice in the 2020 WHL Playoffs. As one of three U.S. Division teams to already clinch a spot in the postseason, the Hawks magic number is set at nine points to guarantee a top two finish in the division and home ice advantage for the opening round of playoffs.