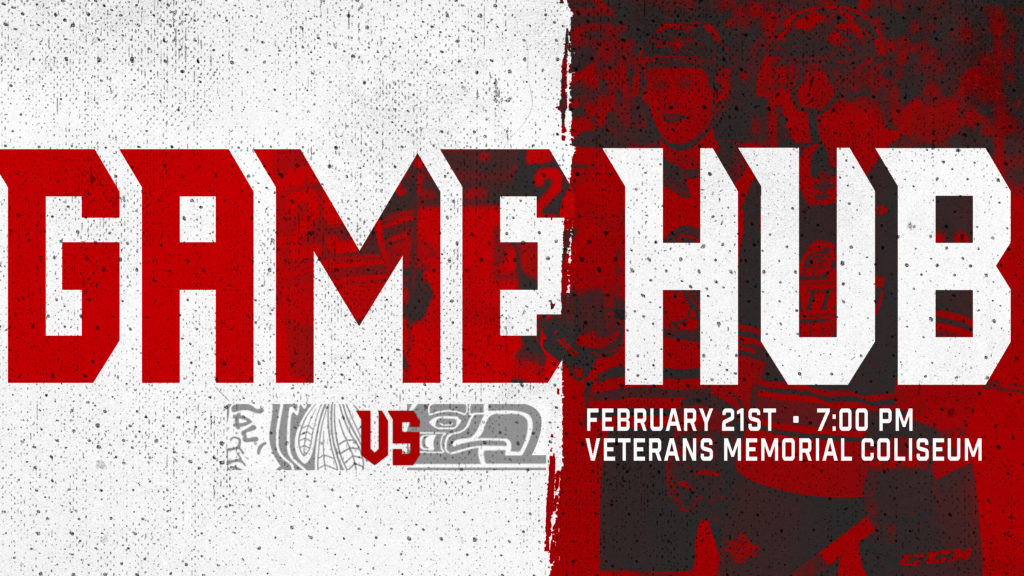 The Winterhawks open the weekend with a home and home against the rival Thunderbirds. Portland plays three straight games this weekend, looking to stay well ahead of Everett in the division.

Tonight’s game is also the Jack in the Box Smash for Cash promotion. Fans will participate at center ice between periods in KnockerBall heats to smash away their opponents until we have two champions. In the end, we will have a men’s and a women’s winner each taking home $1,000 cash.

Listen Live: Winterhawks Radio Network and on the Winterhawks App. You can also listen live in the arena by tuning your radio to 87.9 FM.
Watch Live: WHL Live
Tickets: Portland vs. Seattle

The Portland Winterhawks and Seattle Thunderbirds have played some tight head-to-head games already this season, but Portland has secured a point in the seven previous meetings going 4-0-0-3. The two meetings in 2020 have both gone to a shootout with each team winning once.

Entering the weekend, the Hawks have won four of their last five games and the last two T-Birds wins this month came against non U.S. Division opponents. On Tuesday, Andrej Kukuca powered the Thunderbirds to a win against Moose Jaw thanks to his second hat trick of the season, claiming the WHL’s First Star of the Night. Kukuca leads Seattle with 22 goals and 50 points this season.

The Winterhawks juggled their forward lines last weekend and came up with 11 goals. They are currently the league leaders in offense, averaging 4.28 goals-per-game and co-leading the WHL with 231 total goals. Reece Newkirk and Seth Jarvis both sit inside the top 15 in league scoring. Newkirk is looking to add to his seven head-to-head points against Seattle.

The team’s bread and butter, however, has been consistency through the lineup. Ten players have scored ten or more goals this season and two others are lingering with nine goals apiece. Offense has been plentiful in the match-ups against Seattle this year and the Hawks have put up 40 plus shots in the last four meetings.

The Hawks are inching closer to clinching home ice in the 2020 WHL Playoffs. As one of three U.S. Division teams to already clinch a spot in the postseason, the Hawks magic number is set at 11 points to guarantee a top two finish in the division and home ice advantage for the opening round of playoffs.