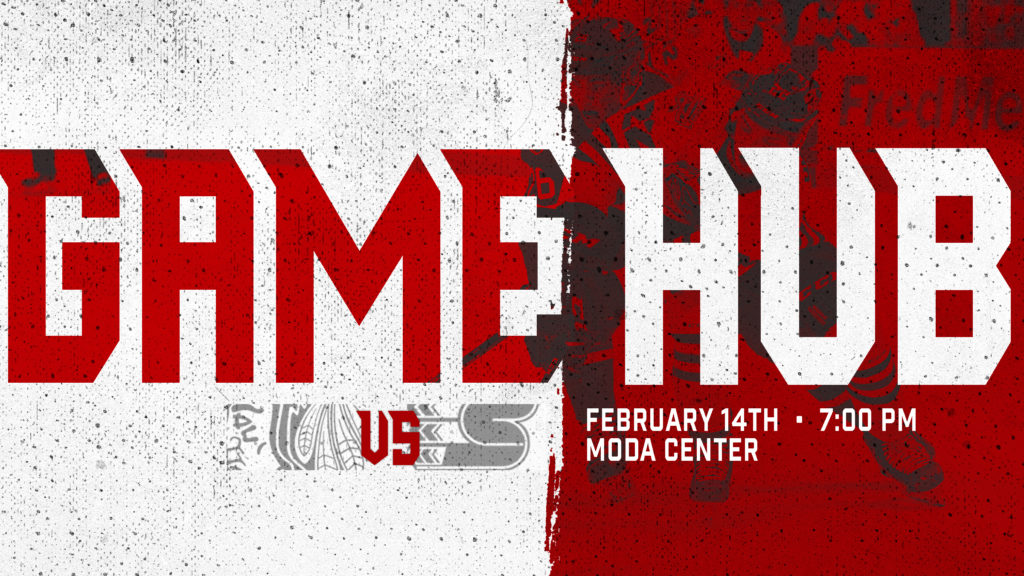 With four wins and points in all six meetings this season, the Winterhawks welcome the Spokane Chiefs for the final time to the Rose City as they showdown inside the Moda Center.

Listen Live: Winterhawks Radio Network and on the Winterhawks App. You can also listen live in the arena by tuning your radio to 98.1 FM.
Watch Live: WHL Live
Tickets: Portland vs. Spokane – Valentine’s Day Match-Up

Portland begins an important weekend of games with the first two games against Spokane and Everett giving the Hawks a chance to extend their U.S. Division lead. Tonight begins the first of three straight three-in-three weekends. The Winterhawks are looking to become the first WHL team to reach 40 wins on the season if they can cap off a perfect weekend.

Offense has certainly not been lacking in this season series. Portland has scored five or more goals in five of the six head-to-head meetings this season. Those numbers put Portland on pace to score over 40 goals against Spokane, which would be the most against the Chiefs since the 2012-13 championship team.

Fourteen of the Hawks last 17 games are against Divisional opponents. Looking down the road, Sunday evening against Moose Jaw will be the Hawks last out-of-conference game before playoffs. If Portland can jump out of the gates quickly against Spokane, the stats back them up. Portland is 29-1-1-0 this season when leading after one and they have earned at least a point in 20 of 22 games decided by one goal.

Spokane enters the match-up as one of the hottest teams in the league, winning six straight and sitting just two and a half games back of Everett for second place.Earlier this week, Spokane fired a season-high 59 shots on Moose Jaw Warriors goaltender Brock Gould, only to win 2-1 in overtime. Minnesota Wild prospect Adam Beckman continues to impress, leading the WHL in goals (40), assists (48) and points (88) in 52 games. Spokane should be playing motivated hockey this weekend seeing their magic number is set at six to clinch playoff berth.