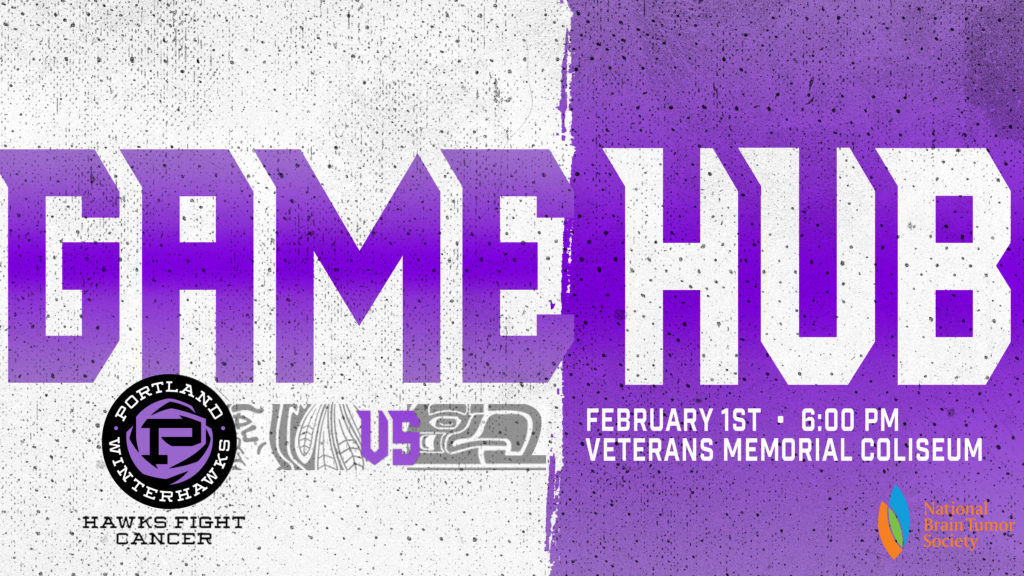 Following the Hawks first regulation loss in two months, Portland plays host to the Seattle Thunderbirds for the third time this season. Tonight is also the annual Hawks Fight Cancer Night where Portland will be raising awareness and funds for local charities for cancer research. The Hawks will wear specialty jerseys during the game, and fans can actually bid on those game-worn jerseys now.

Listen Live: Winterhawks Radio Network and on the Winterhawks App. You can also listen live in the arena by tuning your radio to 87.9 FM.
Watch Live: WHL Live and on Portland’s CW.
Hawks Fight Cancer Tickets: Portland vs. Seattle (***Remember to Use the Special Promo Code and Ticket Link!)

The Winterhawks open February sitting seven points ahead of the Everett Silvertips for first place in the U.S. Division. Tonight will be the seventh of 12 head-to-head meetings with Seattle. Portland is 4-0-0-2 against the Thunderbirds this year.

In the previous six meetings, five of them were determined by one goal and half of the games went to a shootout. The Winterhawks erased a 2-0 deficit last weekend only to surge back and beat Seattle 6-5 in a shootout in Kent, WA.

Tonight, Portland has its first official chance to clinch playoff berth. The Hawks magic number is set at four, meaning they will clinch a spot in the 2020 WHL Playoffs if they beat Seattle and if Tri-City beats Prince George in regulation. Seattle had a Friday night off, but they are coming off a 4-2 midweek win over the Americans at home.

Seth Jarvis wrapped up January with points in all ten games and he led all WHL skated with 29 points this last month, four more than the next closest player. His 11 goals, 18 assists and +17 rating were all the second highest during the month. Last time against Seattle, he put up four points in his line connected for seven.

Tonight, Robbie Fromm-Delorme will skate in his 100th career WHL game. The next win for Joel Hofer will also be the 50th of his WHL career.