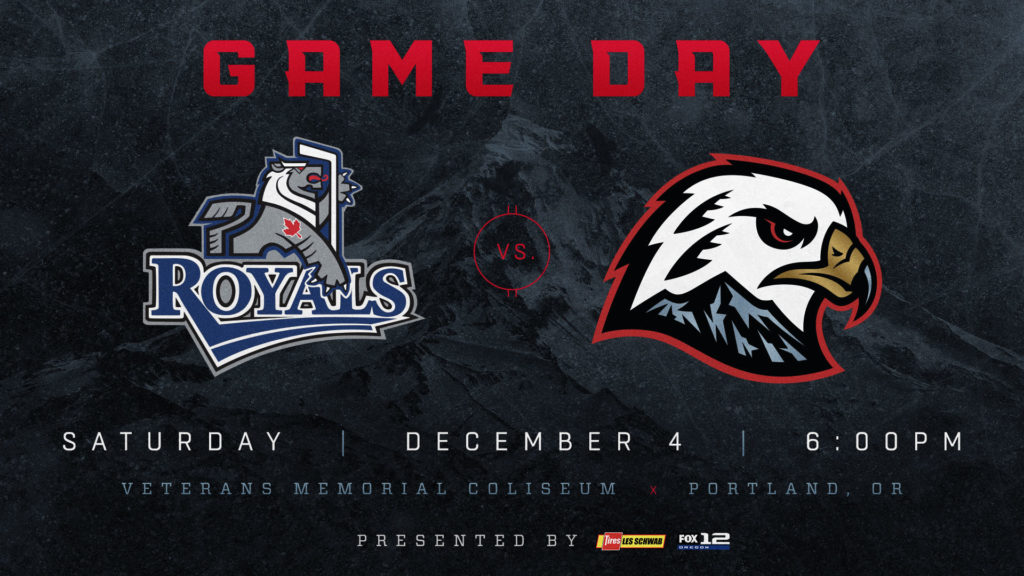 Fresh off of a mid-week win over Prince George, the Portland Winterhawks host the Victoria Royals for the FOX 12 Oregon / Les Schwab Tire Centers Toy Drive at the VMC.

Toy Drive at the VMC!

Fans are asked to bring new, unwrapped toys for donation outside of the arena. Suggested items include:

To help us reach our goal of 3,000 toys donated, fans can also purchase and donate toys inside the arena along the concourse. Tables of toys available for donation will be set up outside of entry CC for fans to select from. Monetary donations will also be accepted at this location.

After debuting their eye-catching new alternate look during the Daylight Game on Nov. 26, the Hawks will once again don their black threads during tonight’s tilt. Replica versions of the new jerseys will also be sold (in limited sizes) in the team store while supplies last, so make sure to arrive early to get yours!

Haven't gotten yours yet? A limited stock of black replica jerseys will once again be available at the team store inside the VMC during the game on Saturday! pic.twitter.com/UPUJA92Qd1

Wednesday’s win over Prince George featured plenty to get excited about – from another stout defensive performance limiting the Cougars to just 15 shots, to the team’s strong response to some early adversity with six unanswered goals, it was a much-needed showing from the home team – but it was forward Dawson Pasternak notching four points en route to a first-star performance that drew praise from his coach and teammates alike.

“I thought Pasternak had his best game as a Winterhawk so far. Not just because he got points, but he was hungry, he was on the puck,” said Head Coach Mike Johnston.

Winterhawks co-captains Tyson Kozak and Clay Hanus were equally impressed by their teammate, with Hanus calling his performance “unbelievable” and both noting a few moments in which he set the tone for the team, even without a letter on his sweater.

And it wasn’t just Pasternak who stepped up – forward Luke Schelter tallied just his second goal of the season to get the comeback started in the first period, while rookie netminder Lochlan Gordon picked up his fourth win in eight appearances, amidst other standouts.

“I think we have lots of leaders on this team. Just because you don’t have a letter (on your jersey) doesn’t mean you’re not a leader,” said Hanus.

“To me, it doesn’t really matter if you have a letter, everyone can be a leader,” added Kozak, who posted a four-point effort of his own as Pasternak’s linemate.

Standout efforts like we saw from Pasternak, Schelter, Gordon and others will go a long way as the Hawks look to steady their game and climb the U.S. Division standings.

Tonight, we are cheering on: Kimbra T. from Portland, OR

What our Hawks fan could win: A brand new 2021 Tundra