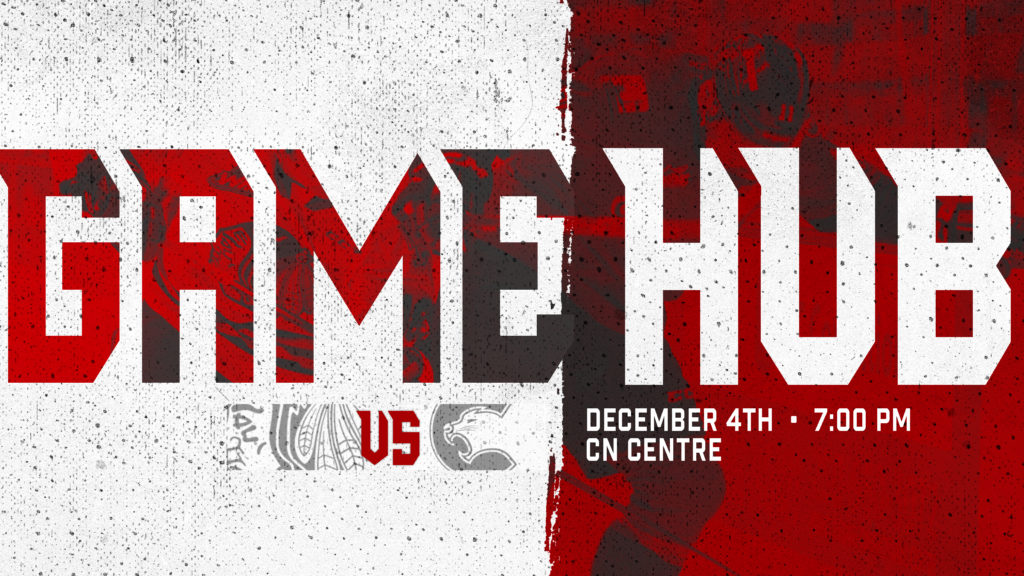 Portland picked up a key 3-0 road win last night to stand alone at first place in the division, a game up on Everett. Joel Hofer secured his third shutout of the season, while Prince George suffered its fourth shutout in the last month.

The Winterhawks allowed their fourth fewest shots of the season on Tuesday night when they kept Prince George at just 23 shots (and 11 after 40 minutes). Portland has won seven of its last eight meetings against the Cougars.

Jake Gricius has nine points in his last five head-to-head games against the Cougars. He is two points away from placing 100th on the Winterhawks all-time regular season points (127). Joining Gricius in the milestone watch, Reece Newkirk is one point shy of the century club. He will become the 126th Winterhawk in team history to reach 100 points in his Winterhawks career.

Goaltender Isaiah DiLaura makes his return to Prince George for the first time since the Winterhawks acquired him in mid September. The St. Paul, Minnesota native played 36 games for the Cougars over the last two seasons. It’s unsure who will man the crease on Wednesday night.