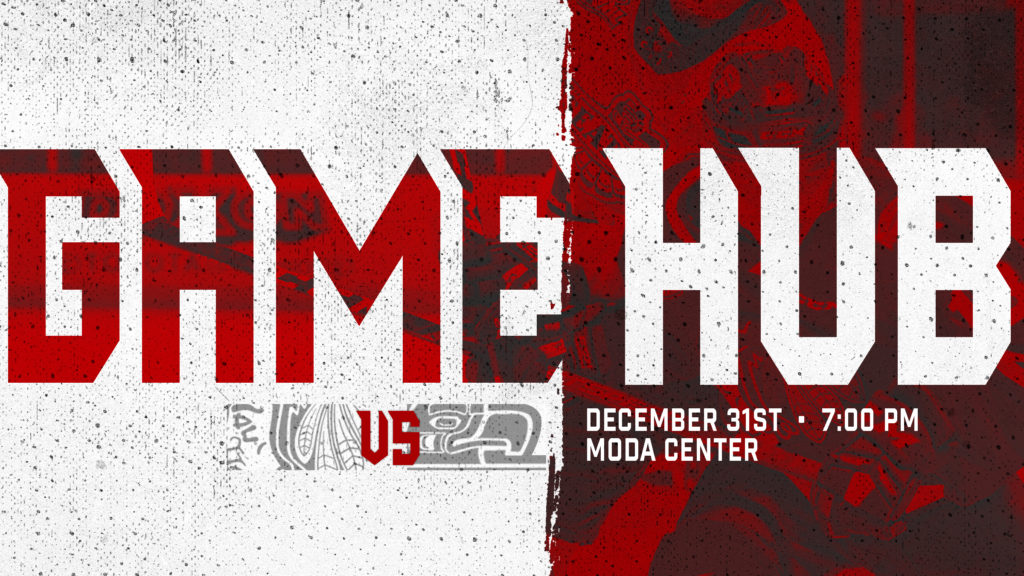 At the midway point of the season, the Portland Winterhawks sit in first place in the U.S. Division with 24 wins and they get set for their fifth showdown of the season against Seattle. Portland is 2-0-0-2 head-to-head against its rival this year.

Be sure to stick around after the game to ring in the New Year when the clock strikes midnight at the party presented by Toyota. Fans are encouraged to join the Hawks on the ice for a post-game skate with the players, enjoy inflatable bounce houses, and stick around for the popular balloon drop where some fans could win cash prizes.

Listen Live: Winterhawks Radio Network and on the Winterhawks App. You can also listen live in the arena by tuning your radio to 98.1 FM.
Watch Live: WHL Live
Tickets: Portland vs. Seattle

The hottest team in the Western Hockey League looks to make it a perfect December in regulation play. The Winterhawks are 8-0-0-1 during the month and they have a chance to enter the New Year in sole possession of the U.S. Division lead.

Portland leads the WHL with a +51 goal differential, but three of the four games with Seattle have been decided by one goal. Reece Newkirk enters the game with a ten game point streak, the third highest active streak in the WHL. Over his three year career against the Thunderbirds, the New York Islanders prospect has seven goals and 17 assists for 24 points in 26 games.

Isaiah DiLaura and Dante Giannuzzi have each won two games in Joel Hofer’s absence. Scoring has been extremely balanced during the last month of the year. Sixteen different Winterhawks have scored in the month and five players are averaging at least a point-per-game in December.