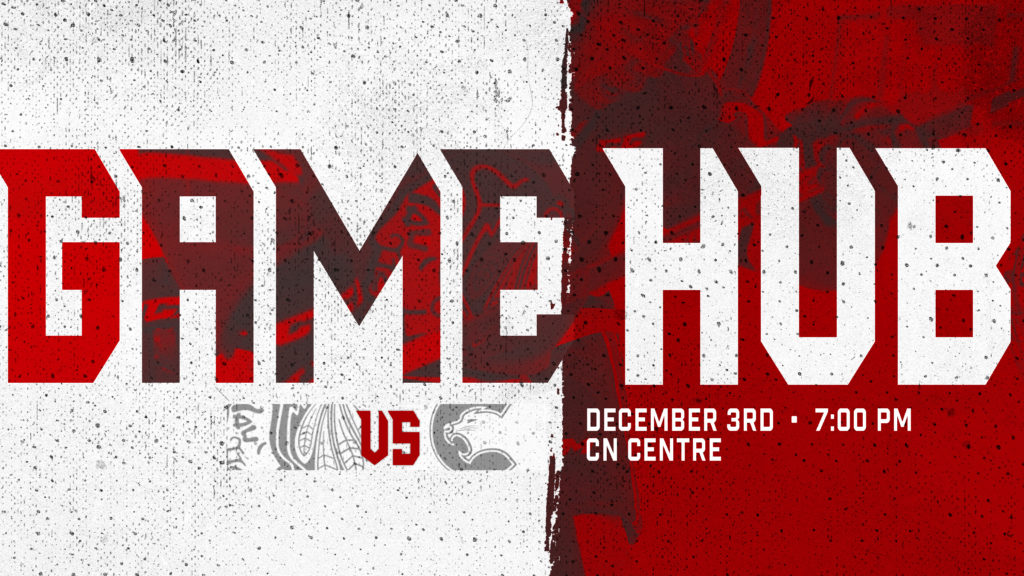 The Winterhawks make the trek to Prince George for their only weekend visit of the season. The Hawks sit tied for first in the U.S. Division and they face a Cougars team that has just three wins in their last 15 games.

The Winterhawks begin their first of four straight games against the Cougars on Tuesday night at the CN Centre. Last season, Portland went 3-1-0-0 against Prince George, but lost the last head-to-head meeting by allowing five goals on 49 shots.

Jake Gricius leads all players on the ice with seven points head-to-head in 2018-19 and both teams are looking to bounce back after taking road losses on Saturday night.

The story line of the week is that goaltender Isaiah DiLaura makes his return to Prince George for the first time since the Winterhawks acquired him in mid September. The St. Paul, Minnesota native played 36 games for the Cougars over the last two seasons.

Despite the Cougars sitting in last place in the division with six wins, they were competitive at home in November. Prince George won their last two home games against B.C. division-leading Kamloops and the four home games prior to those wins were decided by one goal.

Entering the midweek game, Josh Maser leads the Cougars with 11 goals and 19 points, including an active four game point streak. On the Winterhawks side, New York Islanders prospect Reece Newkirk leads the way 27 points. Gricius and Seth Jarvis each have ten goals this year.