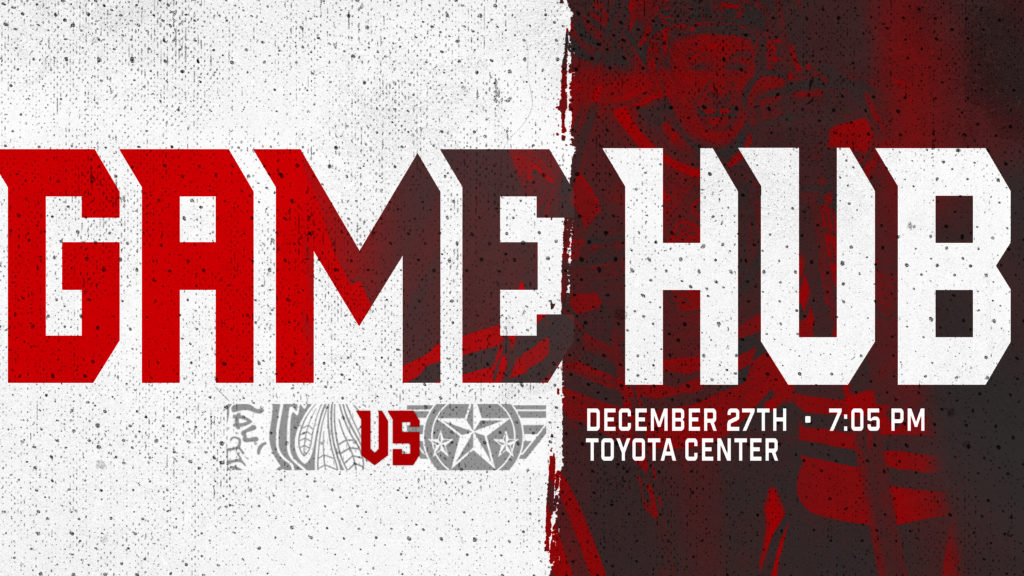 The Portland Winterhawks return from Christmas break with back-to-back road games against U.S. Division opponents. First up, the team heads east for the second trip to the Toyota Center this month.

*FREE to watch online at WHLLive.com this weekend with the promo code WHLGIFT19

The Portland Winterhawks (22-6-1-3) sit second place in the division, just a game back of the lead, with 48 points at the holiday break. They are looking to continue their success against the Americans this season. Portland has won both its previous meetings against Tri-City, while outscoring them 14-2.

Cross Hanas is the top performer against Tri-City with three goals and three assists in the two games. Defenseman Clay Hanus owns four goals head-to-head, including the game-winning tally in the last meetings. Reece Newkirk is currently on a career-best eight-game point streak entering the second half of the season.

Portland enters the weekend on a seven game point streak in December (6-0-0-1) and seventh place on the CHL Top Ten rankings. They will be without goaltender Joel Hofer (Canada) and forward Simon Knak (Switzerland) until early January as they are overseas playing in the 2020 IIHF World Junior Hockey Championship. Isaiah DiLaura and affiliate player Dante Giannuzzi will share the work in net while Hofer is away. Giannuzzi picked up his first win of the season on December 14 when the Hawks beat Tri-City 8-1. Defenseman Jonas Brøndberg has returned from his international event in Belarus.

On the Americans side, keep an eye on Colorado Avalanche prospect Sasha Mutala. He has scored two goals and four assists in his last five games. Portland matches up against a Tri-City team that has struggled this month, going 0-5-1-0 in December while getting outscored 29-to-12.

The next home match-up against the Americans is next weekend on January 4.