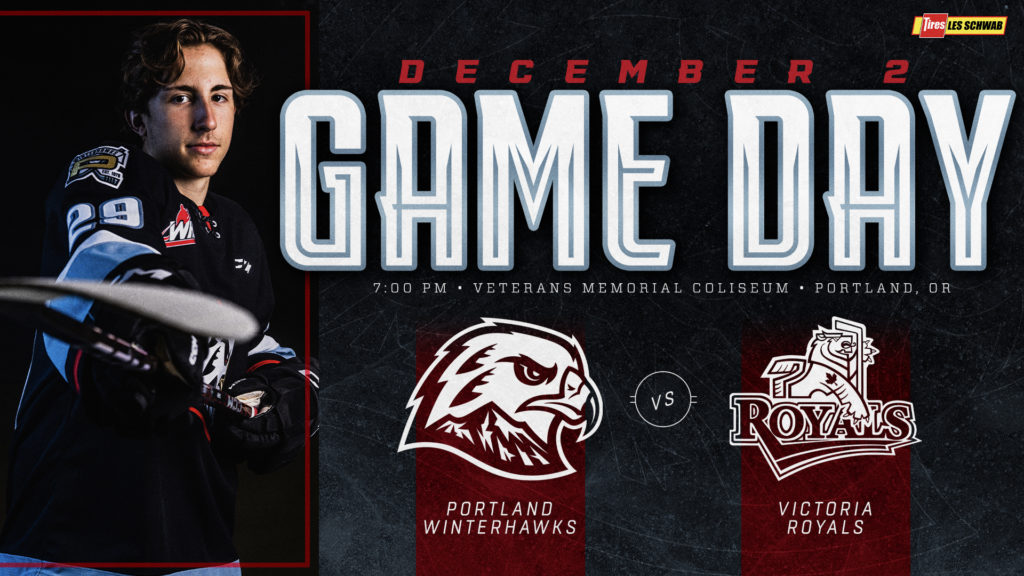 Looking to erase a tough result from Wednesday, the Winterhawks are back in action on home ice as the Fox 12 / Les Schwab Toy Drive arrives at the VMC!

Toy Drive
It’s the “most wonderful time of the year” once again, and the season of giving is upon us!

FOX 12 Oregon, Les Schwab Tire Centers and the Winterhawks have teamed up to help spread some cheer to Portland-area youth this holiday season with a Toy Drive at tonight’s game!

Fans are asked to bring new, unwrapped toys for donation outside of the arena. Suggested donations include:

To help us surpass last year’s goal of 3,000 toys donated, fans can also purchase and donate toys inside the arena along the concourse. Tables of toys available for donation will be set up outside of entry CC for fans to select from.

Additionally, monetary donations will be accepted at this location and online by clicking here. Let’s go for 4,000 this year, Hawks fans!

Snapping the Skid
For the first time this season, the Winterhawks are facing some adversity in the standings with three straight regulation defeats. That they’re coming off of nine consecutive wins immediately prior may compound the frustration, but should also spark belief that the team still has what it takes to win on a nightly basis.

“I think everybody knows that we’re a good team and what we can do, we’re just going through a bit of adversity right now. (Adversity is) not a bad thing early on in the season, but we can hopefully get away from it this weekend,” said defenseman Luca Cagnoni following Wednesday’s contest.

Despite a tough week, the Winterhawks remain in first place in the Western Conference with 36 points in 23 games and their 10-1-1-1 record on home ice is tops in the WHL.

A native of Richmond, B.C., Fromm-Delorme has steadily produced 41 goals and 86 assists for 127 points through his first 199 games, including a team-leading 31 points in 22 games this season alone. Serving as an alternate captain for the second consecutive campaign, Fromm-Delorme is relied upon in all situations on and off the ice.

The Winterhawks have recalled forward Ryan Miller to the active roster as an affiliate player.

Miller, who alongside fellow Hawks prospect Kyle McDonough was named to Team Alberta for the 2023 Canada Winter Games in February, could become the first 2007-born skater to appear in a regular-season game for Portland should Head Coach/GM Mike Johnston elect to name him in tonight’s lineup.

Welcome to the Rose City, Ryan!