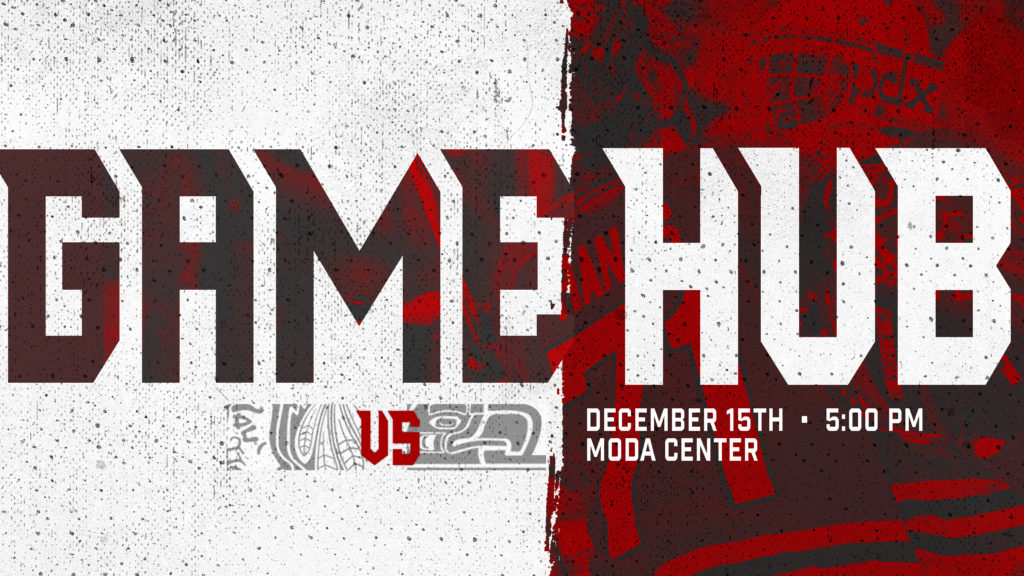 Tonight is the Winterhawks final game before the team goes on holiday break. Each team owns one win in the season series with Portland winning its home game against Seattle last month.

Listen Live: Winterhawks Radio Network and on the Winterhawks App. You can also listen live in the arena by tuning your radio to 98.1 FM.
Watch Live: WHL Live or on Portland’s CW.
Tickets: Portland vs. Seattle

The Western Conference leading Winterhawks enter the match-up as the league’s hottest team having won 11 of its last 12 games since the Battle with Seattle on November 16. Portland has also scored a goal in its last five periods of play this weekend and they are the only team in the division to have four double digit goal scorers on the roster.

The Hawks are looking to head into the break with a perfect December record if they can secure one more win tonight against the T-Birds. Portland has been sensational at home ice with a 13-1-1-0 record and they have not lost in regulation this season to a U.S. Division opponent (7-0-1-1).

Seattle is in the midst of an eight game stretch of hockey against divisional opponents and in December, the Thunderbirds only have a -3 goal differential. Payton Mount leads the team with four goals this month.

The Thunderbirds have made a handful of changes to their lineup in the recent weeks. They traded captain Matthew Wedman to the Kelowna Rockets for some high end draft picks, shipped Michael Horon to Prince Albert and Alex Morozoff to Saskatoon. The only player the Thunderbirds acquired was 20 year old Max Patterson from the Everett Silvertips, meaning Seattle’s team got a lot younger over the course of a month.

The Winterhawks went 8-4-0-0 against the Thunderbirds a season ago, and are looking to have momentum moving into the next two meetings on December 28 and December 31.

Check back no earlier than one hour prior to game time to view tonight’s Winterhawks projected line-up.