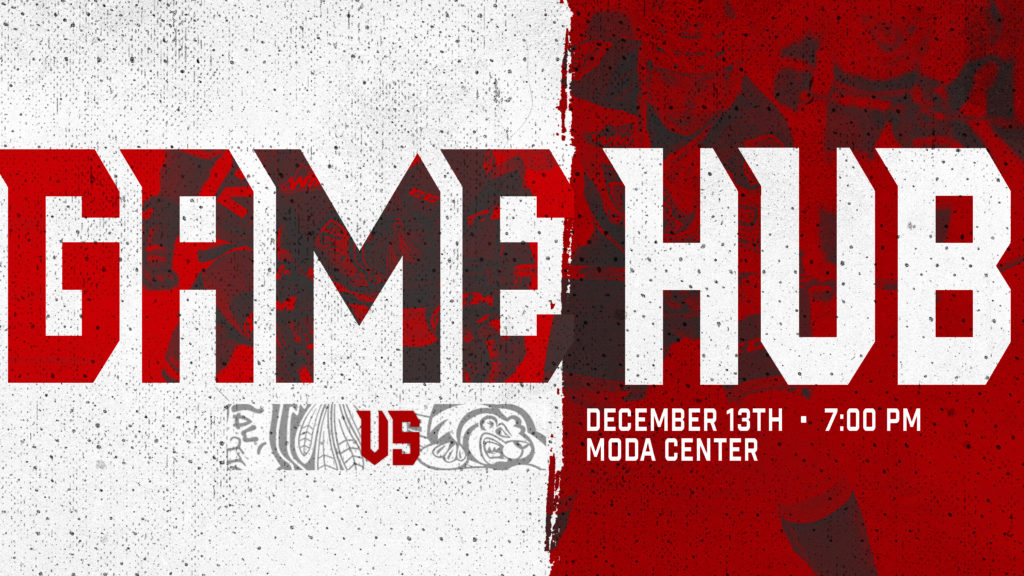 It’s a battle between the top two teams in the U.S. Division as the Winterhawks welcome the Silvertips to town for the second time this season.

Listen Live: Winterhawks Radio Network and on the Winterhawks App. You can also listen live in the arena by tuning your radio to 98.1 FM.
Watch Live: WHL Live
Tickets: Portland vs. Everett
Tonight: The Winterhawks will be collecting non-perishable food items for the Oregon Food Bank as a part of the Fred Meyer Zero Hunger, Zero Waste initiative. If you would like to donate, please bring your non-perishables to donate them in the bins outside the Moda Center. When you are inside the arena, you can learn more by visiting the Oregon Food Bank table on the concourse at Entry A-21. Also head to winterhawks.com/fredmeyer.

Portland is 2-0-0-0 on the season against Everett, with tonight being the final meeting between the two teams until the New Year. In the previous two meetings, the Hawks scored four goals on Dustin Wolf, which were two of the three times the Calgary Flames prospect had allowed 4+ goals this season.

Everett enters the weekend as the fourth ranked team in the CHL and Portland bumped up to number eight in the rankings. It’s the third week the Hawks have been ranked in the top ten this season.

Both teams begin their final three-in-three weekend before the holiday break and tonight starts the first of nine straight games against U.S. Division opponents. The Winterhawks are the best home team in the WHL with a 12-1-1-0 record (.893 point percentage) and the Silvertips have lost just two of their 13 road games this season.

Portland will be shorthanded this weekend with Joel Hofer (Canada), Simon Knak (Switzerland) and Jonas Brøndberg (Denmark) all playing for their countries. Muchal Gut (Czech Republic) and Martin Fasko-Rudas (Slovakia) will also be missing in the line-up this evening. In related news, the Winterhawks have called up goaltender Dante Giannuzzi from the Steinbach Pistons in the MJHL, where he holds a 2.86 goals-against-average in eight games.

Reece Newkirk is one of the hottest Hawks with points in his last five games and he leads the way with 32 points. Everett got a big boost to their back end as Jake Christiansen has been returned to the WHL from his professional tryout with the Stockton Heat of the AHL. In his first three games back, Christiansen scored eight points to help him get named the WHL’s On the Run Player of the Week. Over that same stretch of hockey, Silvertips captain Bryce Kindopp has nine points.

The Winterhawks have been hot lately with nine wins in their last ten games.