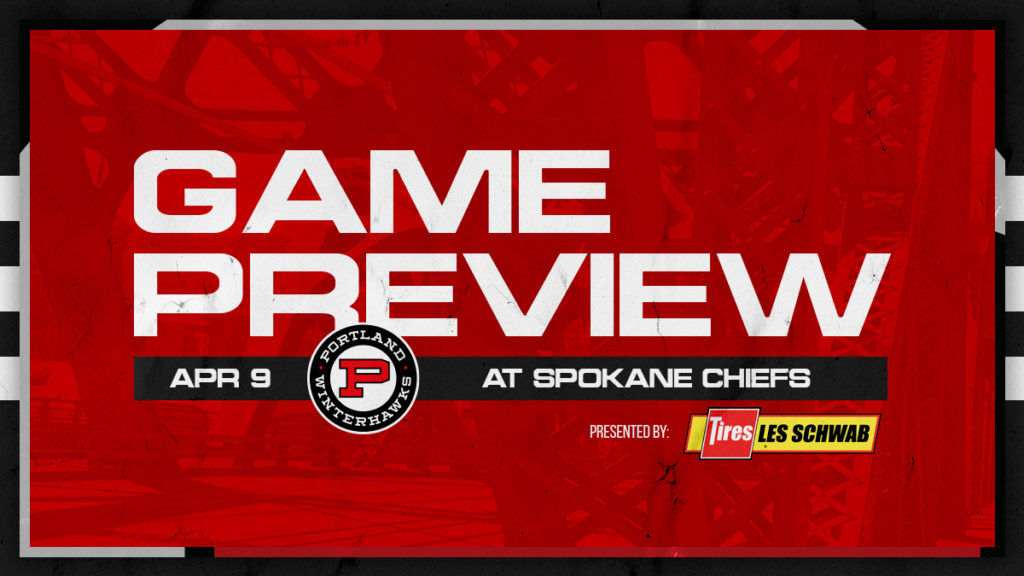 The Winterhawks begin a weekend pair in eastern Washington tonight, visiting Spokane for the first time this season.

Can we get back in the win column tonight?

Of course we can.

It’s no secret that Spokane has struggled to start the season and tonight sets up nicely as a “revenge game” after how things finished for Portland in Everett Tuesday night.  The start in Everett was tremendous, the best of the year in fact.  If the club can replicate that and keep the same energy all the way throughout 60, there should be no issues.  Consider the most recent game as a lesson learned.  Now how will they respond?

What’s up with all theses injuries?

Just as the team gets Tyson Kozak back healthy, Aidan Litke goes down.  While Litke’s status for tonight is uncertain, the depth of the club is certainly being tested during this short 24-game season.  Portland has added affiliate player Luke Schelter to their line-up for the next two weeks and he could make his WHL debut this weekend.  Gabe Klassen remains on the shelf with an injury too, but there is a silver lining from this cloud.  The bodies that have gone down have provided a window of opportunity for Luca Cagnoni, who has capitalized mightily on it, it seems.  More on that next…

The future, it appears.

A smooth skater and a heavy shot are just the two glaring qualities that the recently turned 16-year-old blueliner is bringing to the lineup.  VP/GM/HC Mike Johnston has given praise to the left-handed No.3, saying he envisions him being a part of the lineup for years to come, including an increased presence on the power play.  For the first third of the year Nick Cicek and Ryder Thompson appeared to be a consistent pairing, however, Tuesday it was Cagnoni and the Captain.  Will there be more of that tonight?  We’ll see.  The previously mentioned injuries and their returning statuses, along with the potential want to get Brody Tallman back into game action could cause some more changes.  Above all though, the big chance for the youth has certainly given lots of hope.