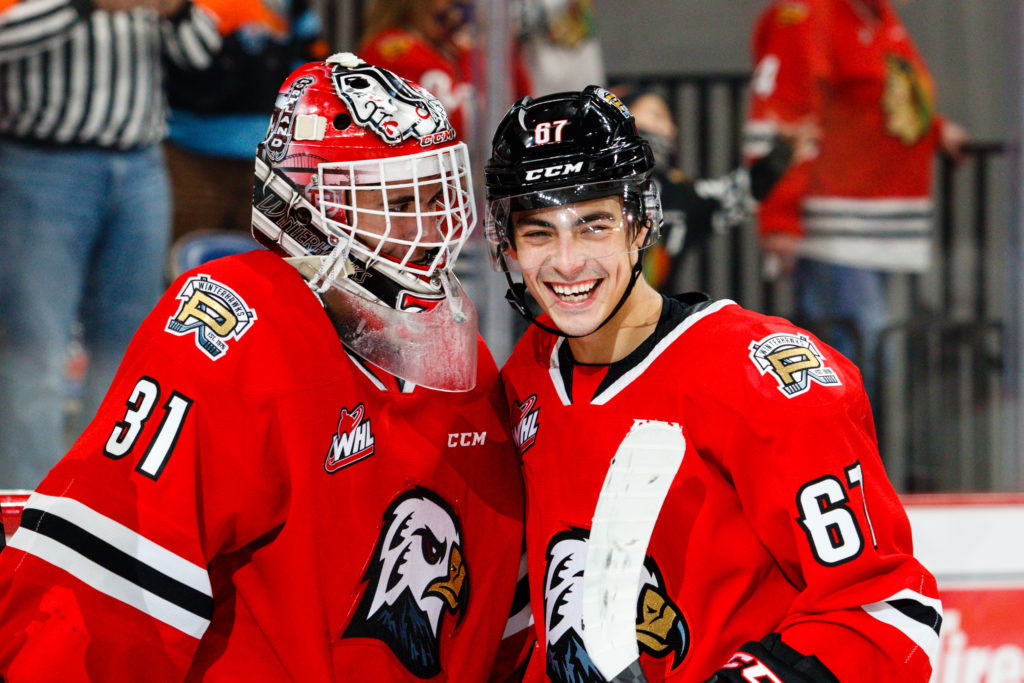 Back inside the Glass Palace for the first Hawktoberfest of the season, the Winterhawks toppled the Americans to earn their third straight victory.

After scoring his first WHL goal- “I think I’ll always remember that kind of moment, especially being in front of a home crowd and an atmosphere like this, being super loud. So I think it’s really awesome!”