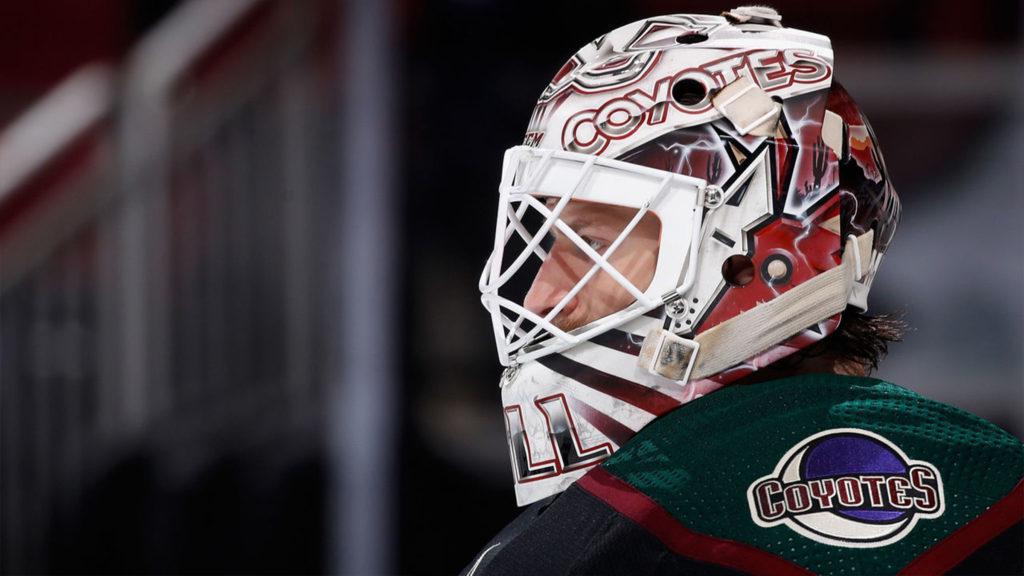 Portland, Ore. – As National Hockey League clubs scrambled to get their protected lists together ahead of Wednesday’s NHL Expansion Draft for the Seattle Kraken, at least one former Winterhawk found himself on the move.

Goaltender Adin Hill, who played in Portland from 2013-2016, was dealt from the Arizona Coyotes to the San Jose Sharks Saturday morning, giving him a change in scenery before potentially becoming a candidate for the newest NHL franchise.

The 6-foot-6 native of Comox, British Columbia played 115 games in the Rose City over the course of three seasons before being drafted in the third round (#76 overall) by the Coyotes in 2015.  Hill ranks second all-time in Winterhawks franchise save percentage (SV%) with .922 and third in goals-against-average (GAA) with a 2.72.