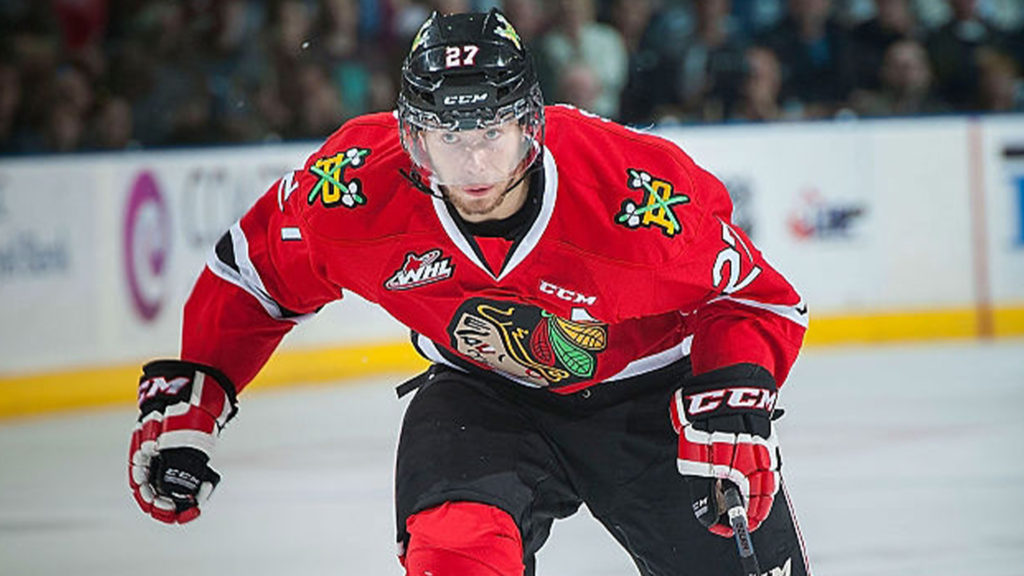 PORTLAND, OR –  The Columbus Blue Jackets announced today that they have signed Oliver Bjorkstrand to a five-year, $27 million contract extension that will keep him with the club through the 2025-26 National Hockey League season.

The 25-year-old Winterhawks alumnus re-signed with the Blue Jackets following back-to-back 20-plus goal seasons in the NHL.  Bjorkstrand (6-0, 174lbs) has recorded 65 goals and 68 assists for 133 points in 246 career NHL games with Columbus.

“Oliver is a gifted player that has shown steady improvement throughout career to this point and we couldn’t be happier that he will be a Blue Jacket for a very long time,” said Columbus Blue Jackets General Manager Jarmo Kekalainen in a statement.  “He is a dangerous offensive player, and we believe he will be an even more impactful player for us as he continues to develop and mature in this league.”

After three, tremendous seasons playing for the Portland Winterhawks, Bjorkstrand continued to produce at an elite level. The Herning, Denmark native led Columbus with 21 goals, five game-winning goals and 11 multi-point games during the 2019-20 season despite missing 21 games due to injury.  He became the first Blue Jacket in franchise history to record multi-goal outings in three-straight games.

Bjorkstrand played 193 career regular season games with the Winterhawks between 2012-15, registering 144 goals and 146 assists for 290 points. He currently sits in a tie for seventh on the Winterhawks all-time goal scoring list after notching back-to-back 50-goal and 100-point campaigns during his final two years in Portland.

The right winger helped the Winterhawks capture the 2015 Ed Chynoweth Cup and he took home some additional hardware that same year.  Bjorkstrand was the recipient of the 2015 Four Broncos Memorial Trophy, awarded annually to the WHL’s Player of the Year, and the Bobby Clarke Trophy for leading the WHL with 118 points during the regular season.

While with the Winterhawks, Bjorkstrand was selected by the Columbus Blue Jackets in the third round, 89th overall, of the 2013 NHL Entry Draft. During his first professional season, he helped the Blue Jackets’ American Hockey League affiliate Lake Erie Monsters win a Calder Cup Championship and was named Playoff MVP.  Since graduating from the Winterhawks, Bjorkstrand has never missed the playoffs during his professional career.