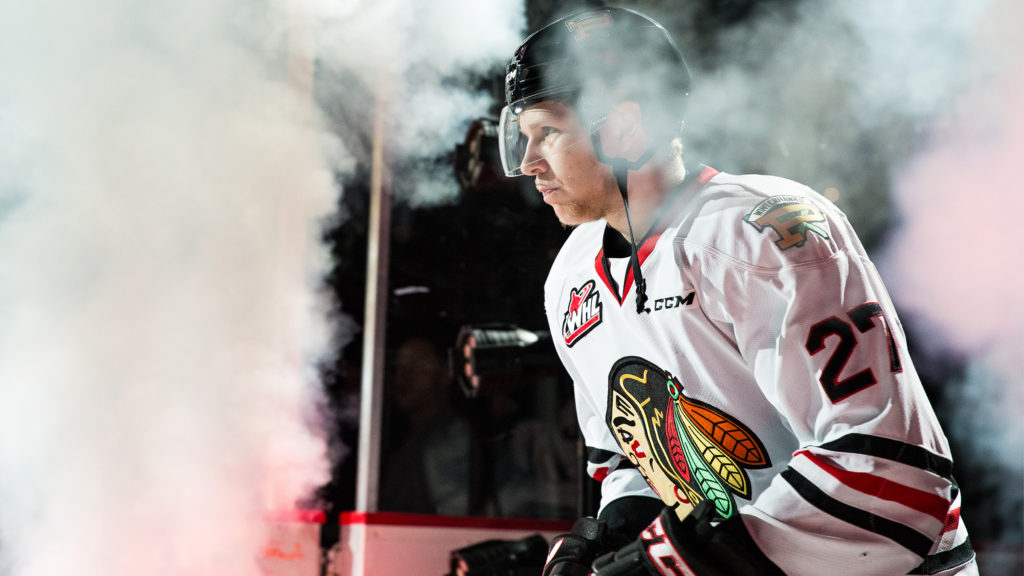 Portland, Ore. – Wednesday night the National Hockey League held its expansion draft for the Seattle Kraken, with the newest franchise selecting former Winterhawk Dennis Cholowski as one of its inaugural 30 players.

Cholowski, 23, was Seattle’s pick from the Detroit Red Wings, the organization that drafted the defenseman with the 20th overall selection in the 2016 NHL Draft.

The Langley, British Columbia-born product totaled 27 points in 32 regular season games with Portland during the 2017-18 season, coming over mid-season from the Prince George Cougars.  Cholowski also contributed seven points in 12 playoff games for the club to conclude his junior career.

The Kraken and Cholowski will begin their first season as an NHL member club this fall.  The club will play six total preseason games beginning September 26, including all three of their “home” games being played in Western Hockey League rinks (Everett, Seattle and Spokane).