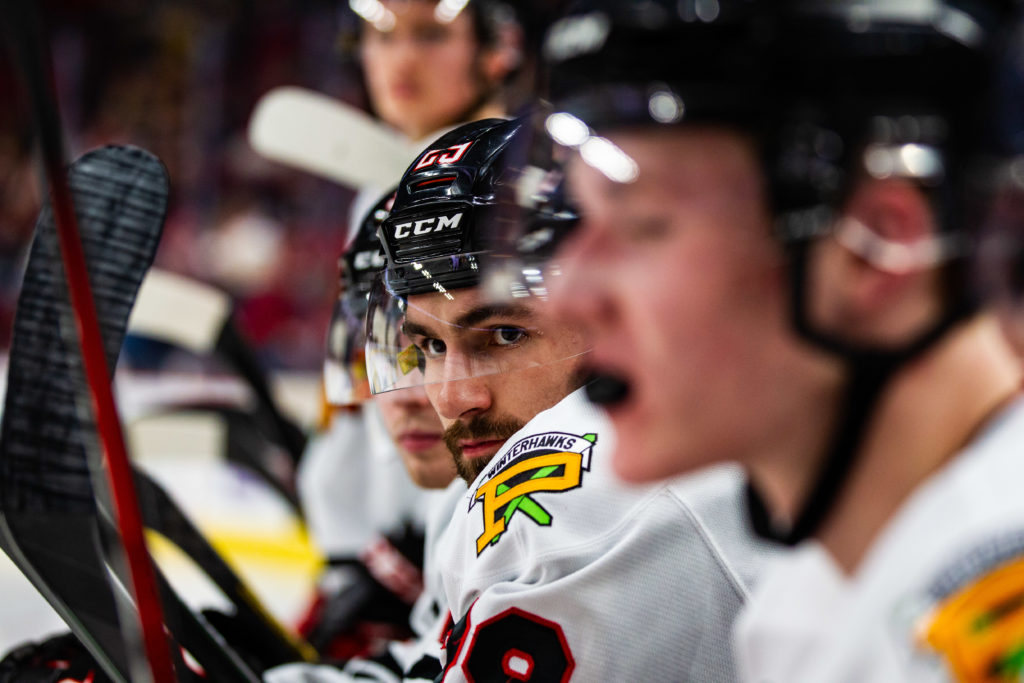 The Portland Winterhawks extend their point streak to 14 straight games, but they fall on the wrong end of a 2-1 overtime game. Recently acquired forward and Anaheim Ducks first round draft pick Brayden Tracey scored the overtime winner in his Royals debut.

The Hawks were the lone team to find the back of the net in the opening 20 minutes of play. In his return to the WHL, Joel Hofer made nine of his ten first period saves before the media timeout. Portland, however, turned momentum back in its favor and earned a late power play opportunity. The Winterhawks needed just six seconds of it to score the first goal of the night. Seth Jarvis slipped a quick feed to the slot for Reece Newkirk to one-time past former Winterhawk Shane Farkas.

The middle frame was all about the goaltenders. Hofer made two phenomenal sliding pad stops on odd-man rushes to keep Portland ahead 1-0 through 40 minutes of play. In the offensive zone, the Hawks hit two posts to keep it tied. Victoria hung on long enough and Keanu Derungs tied the game late in the third period on a rebound shot to eventually send it to overtime.

Portland took the first two shots of the overtime period, but Farkas sent them aside. During the second minute of the extra frame, Mitch Prowse, defended by Newkirk, drove hard to the net to generate a shot. The contact took out Hofer in the process and Newkirk swept the puck to a board. Brayden Tracey, though, swooped in and shot the loose puck in the net with Hofer still getting back on his skates to give the Royals their first overtime win of the season.