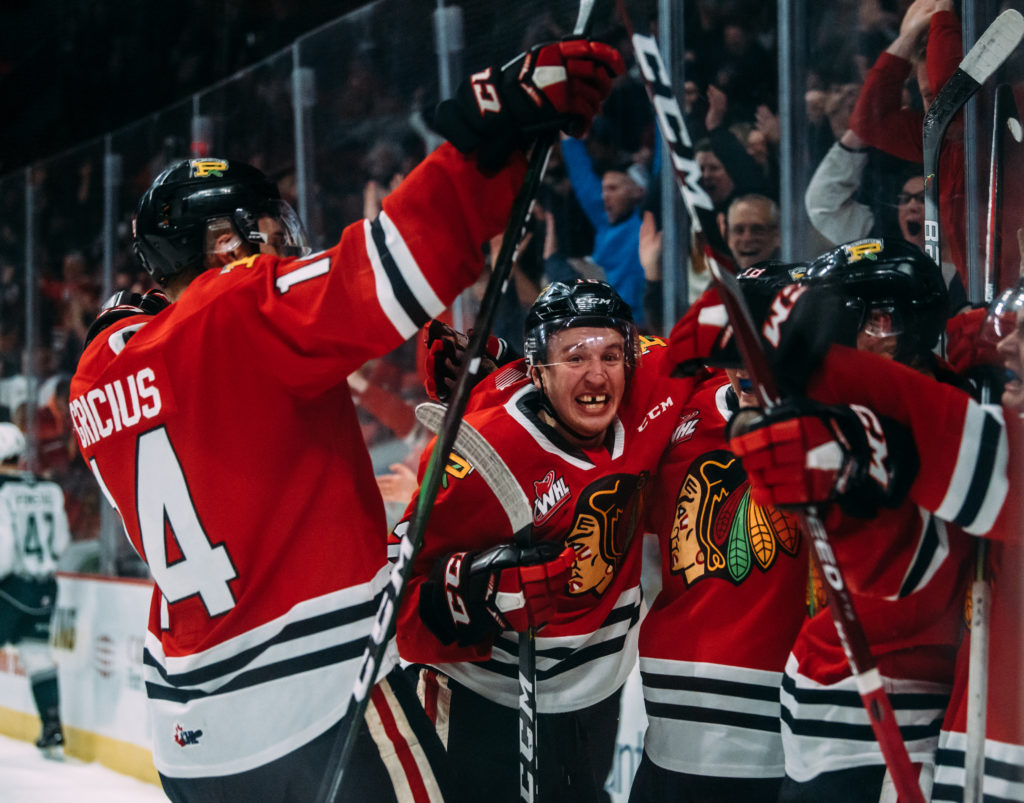 The Winterhawks battled back from two one-goal deficits in their return from holiday break to beat the Americans 3-2 on the road in overtime. Cross Hanas scored the overtime winning goal 1:03 into the extra frame, his second game-winning tally against Tri-City this season. With the win, the Winterhawks extend their point streak to eight straight games and they are now 3-0-0-0 against Tri-City this season.

The Winterhawks charged out of the gate and took eight of the game’s first nine shots, but the Americans stayed composed in the first period and they were opportunistic on their scoring chances. The Americans took their first lead against the Hawks this season when Luke Zazula scored a coast-to-coast power play goal to make it 1-0 Tri-City.

Each team found the back of the net in the second period. Just over three minutes in, Seth Jarvis gathered a center ice feed from captain Johnny Ludvig and he fired home a breakaway wrist shot to tie the game at 1-1. Nearly ten minutes later, Tri-City scored their second special teams goal of the game, this time shorthanded. Zazula fed a puck up the wing to Nick Bowman who finished the play in tight to recapture the lead.

The Hawks capitalized in the third period to tie the game at 2-2. Midway through the final period, Jake Gricius won a clean face-off to Reece Newkirk who one-timed in the tying goal. The goal extended Newkirk’s career-high point streak to nine games and it helped tie Gricius for 90th on the Hawks All-Time Point List with Shawn Roed. Dante Giannuzzi stopped all 12 shots he faced in the third period to force the overtime period.

One minute in to the three-on-three period, Seth Jarvis drove a puck out to Cross Hanas, who was coming off the bench for a line change, and Hanas scored on a breakaway to give the Hawks their 23rd win of the season.