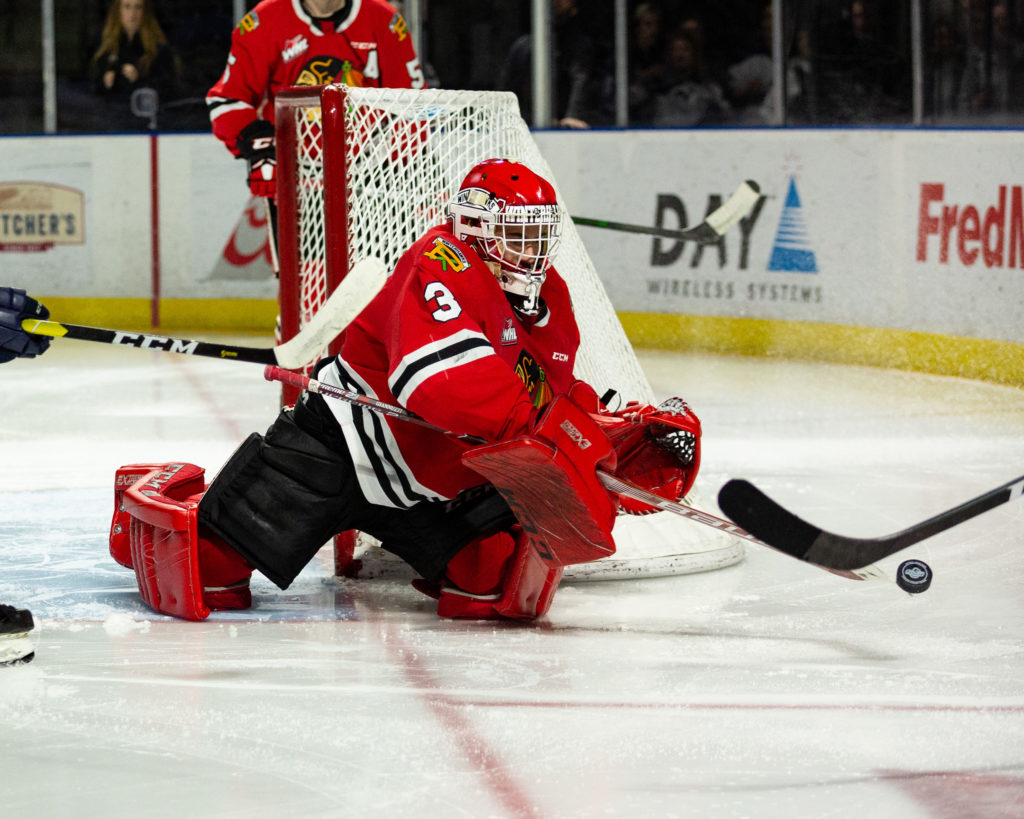 Dante Giannuzzi ties his career high with 30 saves against Seattle, but the Thunderbirds beat the Hawks 3-2 on Saturday night. Seattle kept Portland to just 32 shots on goal and tonight was their first regulation win against Portland in nine meetings this year.

Each team scored in the opening frame to make it a 1-1 contest through 20 minutes of play. Jonas Brøndberg tallied the game’s first goal on the game’s first shot 1:11 into the night. But Seattle was rewarded with three consecutive power play chances and they cashed in to tie the game. Matthew Rempe shot in the backdoor pass to make it 1-1. It was his ninth point against the Hawks in eight games this season.

The I-5 Rivalry remained tied through 40 minutes of play as each team tacked on second period goals. Kai Uchacz scored his second goal of the season a few minutes in to the middle stanza, but Portland’s leading scorer Seth Jarvis tied the game at 2-2 a few minutes later.

Brendan Williamson scored the lone third period goal, the eventual game-winning goal for Seattle in the final four minutes of play. It was his first goal in the Western Hockey League. Portland pulled Giannuzzi for the extra attacker and despite taking the last five shots of the game, Seattle held on to win at home.

The Winterhawks return home on Sunday evening at Veterans Memorial Coliseum for a 5:00pm game against the second place Everett Silvertips.