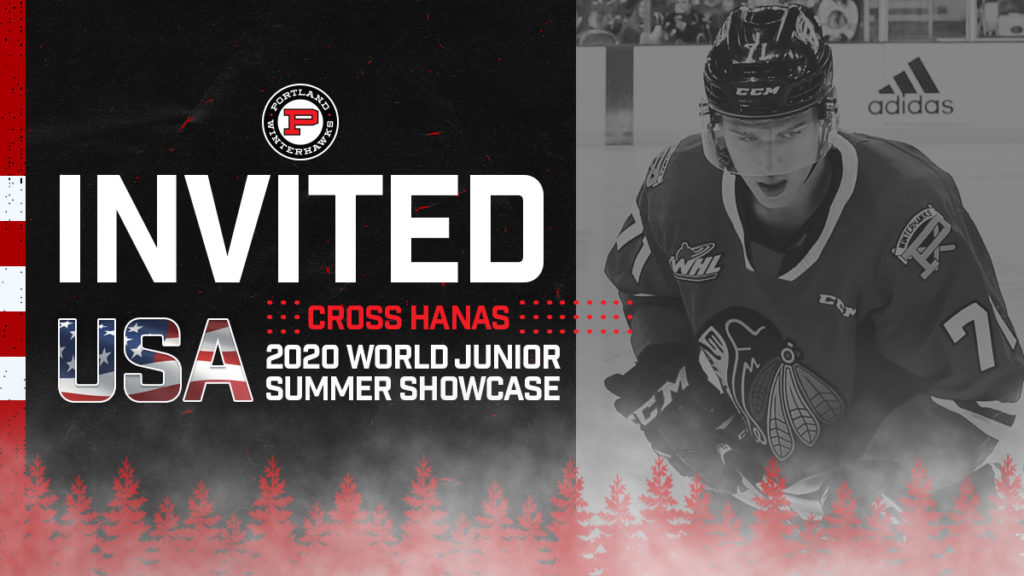 The camp, comprised of 25 forwards, 14 defencemen and four goaltenders, is used to help determine the USA roster for the 2021 IIHF World Junior Championship. The tournament will be held in Edmonton and Red Deer, Alta. from December 26, 2020, to January 5, 2021.

Wolf, CHL Goaltender of the Year, WHL Goaltender of the Year, and a signed member of the Calgary Flames leads the way in experience for WHL players invited to the under-20 camp. Additionally, 2020 NHL Draft hopefuls Hanas and Svejkovsky will look to make a strong impression in the camp after ranking 58th and 165th; respectively, among North American skaters on the NHL Central Scouting final rankings.

Hanas ranked third on the Winterhawks in 2019-20 with 22 goals and he posted 49 points in 60 games. The second year Winterhawks played for Team USA last fall at the Hlinka Gretzky Cup.

“We’re excited to have our players and staff together,” said John Vanbiesbrouck, general manager of the US National Junior Team and assistant executive director of hockey operations at USA Hockey. “While Finland, Sweden and Canada won’t be joining us as we’ve been used to in past years, this will provide a great opportunity to have our players back on the ice and begin the process in earnest of building our team for the World Junior Championship.”