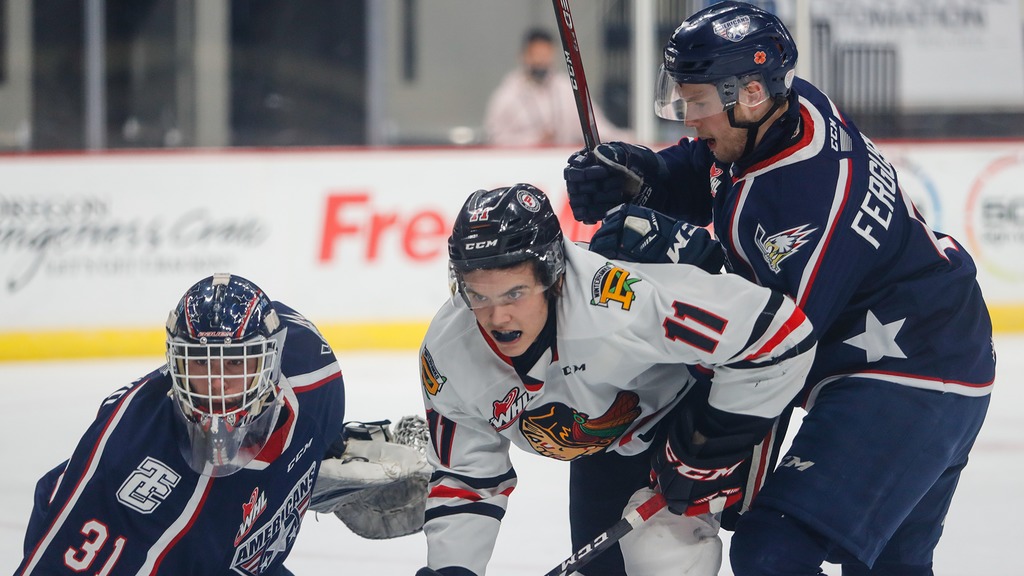 Three goals in the first 12:50 for Tri-City put Portland in a hole they couldn’t get out of Saturday.

The second of three games on the weekend for Portland came on home ice against the Tri-City Americans.

The Winterhawks got behind the eight ball early, allowing three goals in the first 12:50.  Acting Head Coach Kyle Gustafson then elected to remove Brock Gould from the net, replacing him with Dante Giannuzzi.

As Giannuzzi shook off the remainder of Tri-City’s early pressure, Reece Newkirk began the comeback bid for the Winterhawks in the second period with a power play goal.

The effort continued in the third with a goal from Jaydon Dureau, who beat his defender to the outside following a feed from Kurtis Smythe.

That would be the final goal of the night though, as Portland’s come-from-behind effort fell short, 3-2.

“Coming off of an emotional win last night I thought there was a bit of a letdown and we didn’t start on time.  We spotted them three goals and it was tough to climb out of it.  We can look at it two ways, not starting on time, a lesson that we need to learn from, or take the last the periods, in which I thought we played great hockey.  A little disappointing we didn’t get the win tonight but it’s hard to come out of three goals.  We got it right down to the wire, I thought we got some good looks six-on-five[at the end of the game], but ultimately we came up short.”

– Cross Hanas, James Stefan and Clay Hanus all made their season debut with the team Saturday.  The three are eligible to play in all five of the team’s remaining games this season.

– The loss for Brock Gould is his first as a Winterhawk and tonight was his first start inside Veterans Memorial Coliseum as a member of the club.