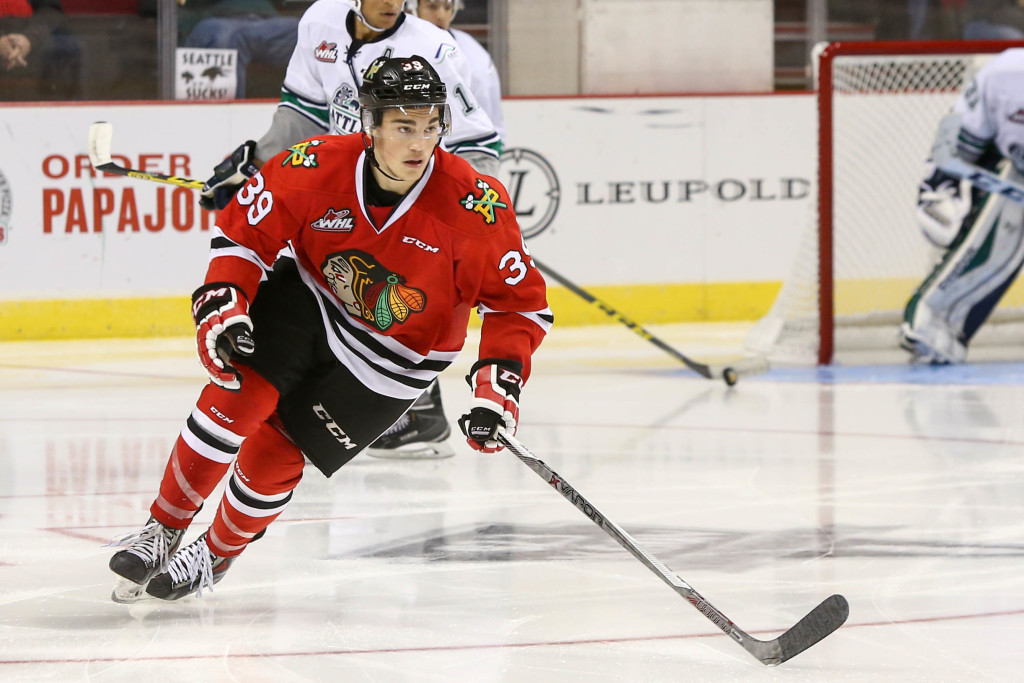 Colton Veloso propelled the Hawks’ offense in the victory with a three-point night, the first of his career. Veloso put up two goals and added an assist on Alex Overhardt’s third period insurance goal. Overhardt also registered a helper for his own two-point night.

The Hawks finish out the 2016-17 regular season tomorrow night at Veterans Memorial Coliseum when they host the Spokane Chiefs at 5 pm.