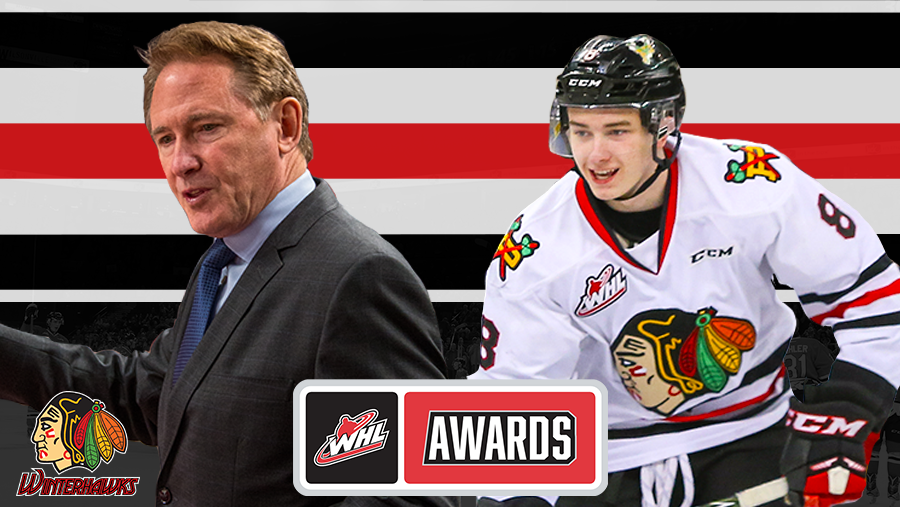 Cody Glass had a terrific regular season as a 17-year-old second-year player with the Winterhawks, putting up career-high totals in goals, assists, and points. His 32 goals gave him second on the Hawks in that category, while his 62 assists and 94 points were both tied for seventh in the entire WHL.

Glass, a former first round Bantam Draft selection of the Winterhawks in 2014, was the only 17-year-old named to either the First or Second Team All-Star roster in both conferences. Glass was the league’s leading 17-year-old scorer with his 94 points, and has established himself as a top prospect for this summer’s NHL Draft.

“For Cody Glass to be selected as a First-Team Western Conference All-Star is a tremendous honor,” said Portland Winterhawks Vice President, General Manager & Head Coach Mike Johnston. “We’re incredibly proud of his accomplishment, and to do so at just 17 years of age shows what a bright future Cody has.”

In addition, Winterhawks Vice President, General Manager & Head Coach Mike Johnston was named the Western Conference Coach of the Year. Johnston, in his first season back at the helm of the Winterhawks after his spell with the NHL’s Pittsburgh Penguins, led the team to its seventh 40-win season of the last eight campaigns with a 40-28-1-3 record. With this season’s performance, Johnston has now accumulated a 271-142-11-13 record since joining the franchise originally in 2008, second in franchise history in wins behind the WHL’s All-Time winningest coach Ken Hodge.

“To see Mike recognized by his peers as the Coach of the Year for the Western Conference is a gratifying experience for our whole organization,” said Winterhawks Team President Doug Piper. “Our team has grown leaps and bounds this year and has become a force in the Western Hockey League earlier than anticipated, and Mike’s work has propelled that growth.”

Johnston will be up for the WHL’s Coach of the Year at the annual WHL Awards in Calgary, AB on May 3rd. The Eastern Conference Nominee is Regina Pats Coach John Paddock.