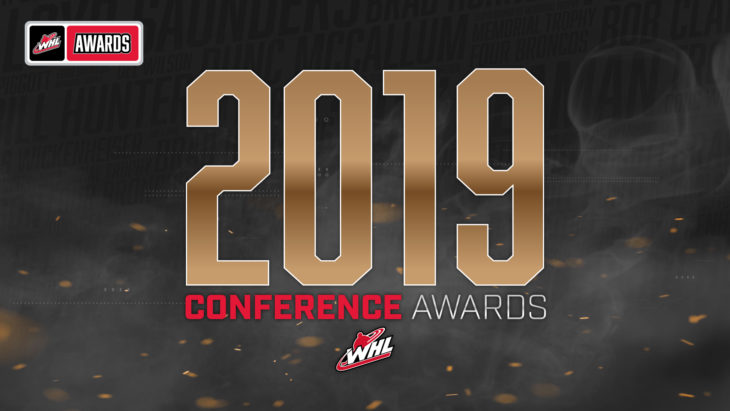 In the goal-scoring race, only Blichfeld and Langan managed to surpass the 50-goal plateau this season, as both finished with 53 tallies.

In addition to the Bob Clarke Trophy, Joachim Blichfeld was also named the Western Conference Player of the Year, First-Team Western Conference All-Star and the recipient of the Portland Winterhawks 2018-19 Team Most Valuable Player Award. 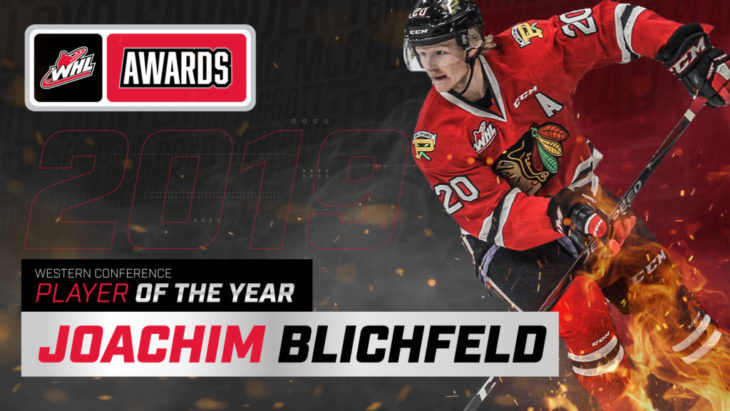 Winterhawks Captain Cody Glass was also recognized by the WHL General Managers and Head Coaches for his impressive 19-year-old season. The Winnipeg, Manitoba naive joins Blichfeld as a First-Team Western Conference All-Star and he captured the Western Conference’s Most Sportsmanlike Player of the Year honors.

Through 38 games this season, Glass put up 69 points (15G-54A) to finish second on the team in scoring. He missed a portion of the season when he represented Team WHL in the fall at the Canada-Russia series and he donned the Maple Leaf for Team Canada at the 2019 World Junior Hockey Championships in Vancouver.

Despite missing all but four games since January 26, Glass still finished third in the West with 54 assists. The Winterhawks leader was also a billet club fan favorite and a co-winner of this year’s Winterhawk Award given to the player who embodies character, leadership, heart and soul.

Over the course of 239 career WHL regular season contests, the 6-foot-2, 185-pound captain has tallied 292 points (94G-198A). He has added another 25 points (9G-16A) in 27 career WHL playoff games. Glass is ranked seventh on the Winterhawks all-time assists leader board. 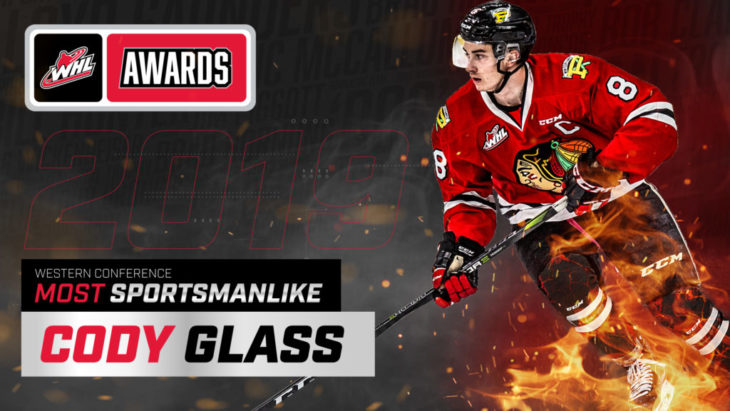 For earning Conference Awards, Blichfeld and Glass will both be eligible for the overall WHL Awards at the 2019 WHL Awards luncheon in Red Deer, Alta., on Wednesday, May 1.

In the meantime, the Hawks are preparing for games one and two of the U.S. Division semifinal round against Spokane. The best of seven series begins 7:05 p.m. on Friday, March 22 at the Spokane Veterans Memorial Arena. 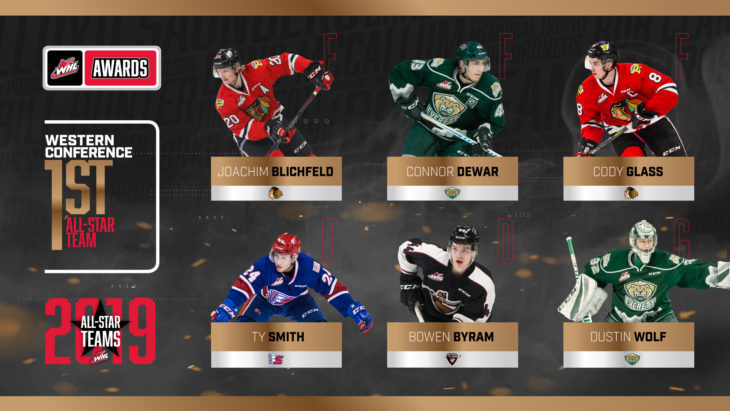