clay hanus Portland To The Pros 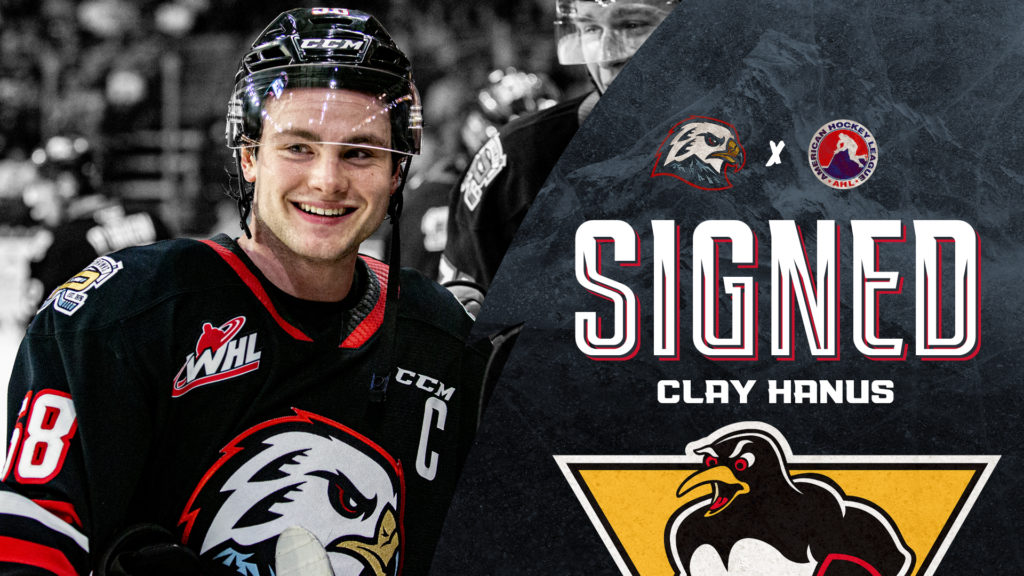 Thanks to his efforts on the ice, Hanus was recognized as a U.S. Division First Team All-Star and was also the Winterhawks 2021-22 recipient of the Jann & Robert Boss Award which is given annually to Portland’s best defensive player. On March 15, 2022, Hanus was named to the Canadian Hockey League Team of the Week after recording two goals and five assists from March 7-13.

The Minnetonka, Minn. native appeared in 257 career regular-season games for the Winterhawks, totaling 37 goals and 105 assists for 142 points across parts of five campaigns. Hanus also posted one goal and eight assists in 14 playoff games, including six points during this season’s playoff run. The American blueliner leaves Portland with his name in the Winterhawks’ history books, ranking 16th among defensemen in career assists, 11th in career goals scored by a defenseman and tied for 14th in career defenseman points alongside Jason McBain (1991-94).

After going undrafted in the WHL Bantam Draft, Hanus signed with the Winterhawks on June 4, 2017 ahead of his rookie season.

Hanus joins Jaydon Dureau, Cross Hanas and Taylor Gauthier as current Winterhawks to sign an NHL contract during the 2021-22 season, and becomes the third Winterhawk from this year’s roster with ties to the Penguins’ organization, alongside Gauthier (signed) and Ryan McCleary (drafted – 2021, rd. 7).

The Winterhawks finished the 2021-22 regular season with 47 wins, the most among U.S. Division Clubs. Regarded as one of the nation’s elite junior hockey franchises, the Winterhawks are two-time Memorial Cup Champions and three-time WHL Champions.

The Portland Winterhawks take pride in developing their players and have produced the most NHL-drafted players among WHL teams and 131 alumni have played in the NHL, including Hockey Hall of Fame members Cam Neely and Marian Hossa and recent Winterhawks stars like Seth Jarvis, Cody Glass, Seth Jones, Nino Niederreiter, and Ryan Johansen.